Sybil Andrews The Giant Cable (Detail) 1931. Collection of the Gallery

Highlights from the Rex Nan Kivell gift of prints by some of the most highly regarded British printmakers of the early to mid twentieth century.

A Parcel from London – Hidden for many years in a museum drawer, an important collection of British prints is brought to light for the first time.

Sir Rex de Charembac Nan Kivell (1898–1977) is today most well known in Australasia for the important collection of material he gathered over a lifetime relating to Australia, New Zealand and the Pacific, now housed in the National Library of Australia, Canberra. Less widely known is the fact that in 1953 he gifted from London a large selection of prints by contemporary British artists in four separate parcels to the public art galleries of Auckland, Wellington, Christchurch and Dunedin.

Christchurch's collection of 300 prints was incorrectly addressed to the director of Canterbury Museum, Roger Duff, who contacted the then honorary curator of the Robert McDougall Art Gallery, William Baverstock, As a fine art medium, prints were not held in particularly high regard in the mid twentieth century and did not fit with the development of the gallery's collections at the time; Baverstock, with the consent of Nan Kivell, declined the gift. It was agreed that the Canterbury Public Library should select 34 lithographs for its lending collection, and the remainder were put into storage at Canterbury Museum.

By 1994, when the prints were again brought to light, the climate had changed somewhat. Printmaking in its various forms was now an accepted format for many contemporary artists, and over the four decades since the gift was first offered, the Robert McDougall Art Gallery had begun to establish what is now a sizeable and well-regarded works on paper collection. The Museum generously offered the prints back to the Gallery, and the Nan Kivell gift now forms a major component of the Gallery's international print collection.

Nan Kivell was born in Christchurch in 1898 and as a young man worked for Sydney Smith, a Christchurch antiquarian book dealer. After serving in the First World War, Nan Kivell settled in London and joined the Redfern Gallery in 1925. The Redfern Gallery was a leading contemporary art gallery in the city at the same time, and in 1931 Nan Kivell became its Director. One of the Redfern's objectives was to promote printmaking through commissioning editioned prints by leading British artists of the time. This allowed contemporary art to reach a wider audience, mainly as a result of the print's affordability.

The exhibition Graphica Britannica: Highlights from the Rex Nan Kivell Gift displays for the first time a selection of key woks from the Gallery's Nan Kivell gift of British prints, spanning the first half of the twentieth century. The exhibition has been arranged to complement Nan Kivell's original list of prints which he arranged into four distinct groups: lithographs, colour woodcuts, linocuts and wood engravings.

Perhaps the most striking feature of the Nan Kivell collection is its extremely wide scope, the breadth and depth of which covers important aspects of British printmaking between the 1910s and early 1950s. The collection offers a diverse range of printmaking techniques, subject matter and styles covering one of the most significant periods in the history of the print in Britain. Fifty-two years after Nan Kivell's gift was offered, it is a very exciting prospect to finally be able to acknowledge his generosity to the Gallery.

Peter Vangioni is Curator (Works on Paper) at the Gallery

The complete version of this article can be found in Bulletin 140, March–May 2005 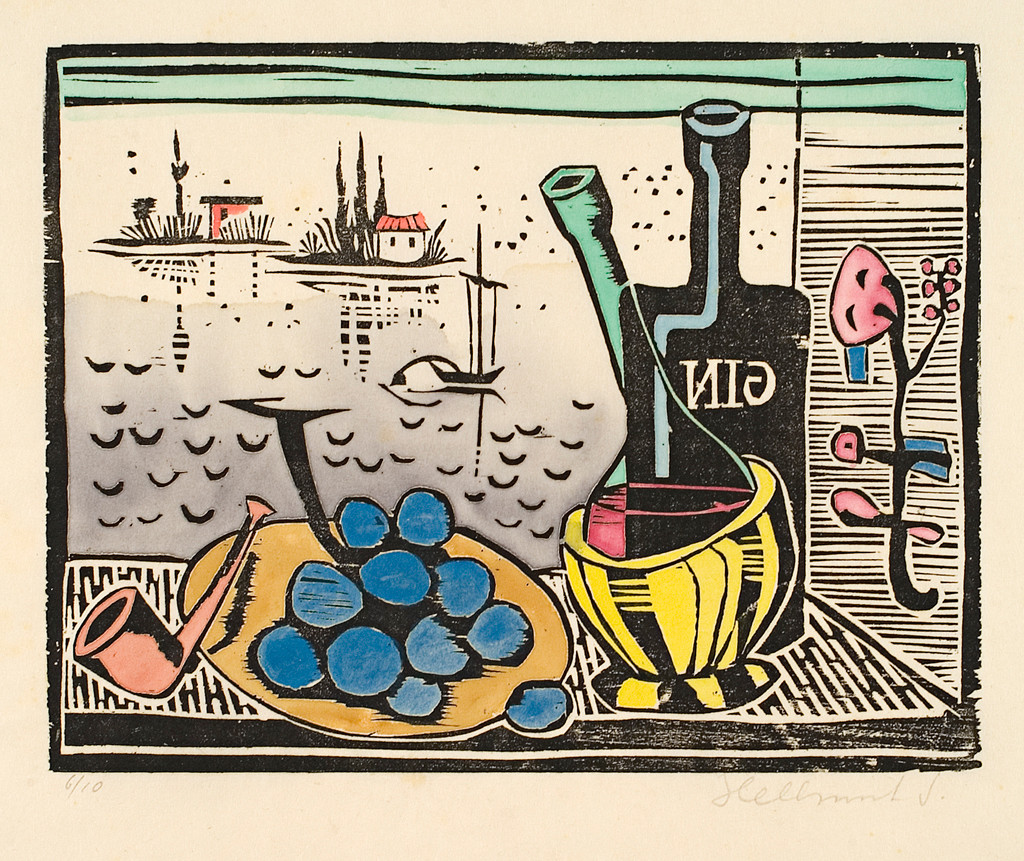