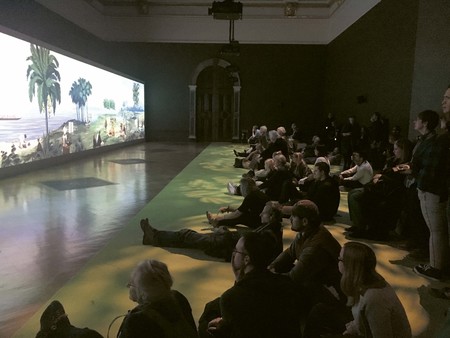 Soriano had approached Nicholas Thomas, director of the Museum of Anthropology and Archaeology at the University of Cambridge and a prolific writer, curator and enabler of Pacific artists and researchers, to curate the exhibition, and he invited me to co-curate it with him, working with senior Academy curator Adrian Locke. Although we were contracted in 2012, the exhibition was not formally programmed until 2014 under the Academy’s new artistic director Tim Marlow. It was at this point as well that the Musée du quai Branly in Paris agreed to host the exhibition after its London run.

Significantly, the exhibition was scheduled for the northern autumn of 2018 as the final exhibition of the Academy’s 250th anniversary, marked by the opening of its expanded and renovated new premises in Burlington House and the year-long celebration of its founding by Sir Joshua Reynolds in 1768 – serendipitously the same year as the departure of the first of Captain Cook’s three voyages to the Pacific. The coincidence of these events was not viewed as a double celebration, but it did lend a certain historical gravitas to the exhibition. And given the fact that the last major exhibition of Oceanic art in the northern hemisphere was almost forty years ago at the National Gallery in Washington D.C. (1979) and that there had never been one in London, the opportunity was not one to be refused.

The scope of the project was enormous, involving a multitude of institutions and individuals from around the world: museums, art galleries, embassies, national governments, arts agencies, artists, curators, museum directors, designers, publishers and more. Our role as curators was central, but still just one part of the overall machine. I still reel when trying to grasp the scale of it all. Exhibition making of this kind has been described as a form of social practice, and I think that’s right; it’s not what gets reviewed, it’s not what’s visible on the gallery floor, and one could say that it’s just the nature of the business, but as someone who is not a professional curator, the experience was eye-opening. More so given the nature of the objects, histories, institutions, ideas and people involved.

Making the show took five years, and it was demanding, frustrating and exciting. Collection visits were awe-inspiring and sobering at the same time. Loan requests were complicated. You don’t get everything you want. Plans changed many times. What you thought would never work turns out to work brilliantly. You learn to trust and let go – and to fight as well. 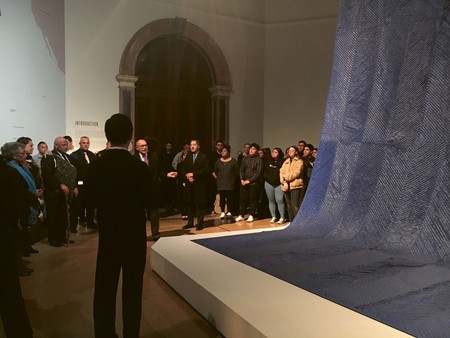 One of our first acts was to create an advisory group of Pacific museum professionals and academics. Lots of other Islanders helped us as well, as we drew on a network of relationships built up over our professional careers. But we were limited – logistically, systemically and financially – in what was possible in terms of community consultation and involvement by the geographic scope of the exhibition and the vastly different situations of Pacific countries with respect to their material heritage in European museums, where formal loan protocols generally don’t exist. Where they did, we followed them. But generally, we built our support through our advisors, Pacific embassies, indigenous colleagues and friends.

Oceania is perhaps not typically thought of as a ‘civilisation’, and even the word can sound dubious, but we, as curators, embraced the idea as extremely apt and indeed timely to affirm. We know in this country what many in Europe do not: that the region has an ancient, interconnected history of discovery, settlement, people-making and inter-relationships dating back more than 30,000 years in the western Pacific and some 5,000 to 800 years in the vast scatter of islands in the ocean to the east. We wanted to make the implications of that history and geography the focus of the exhibition. We wanted to get away from the ethnographic model (exhibiting the art in cultural groups with representative works from each) and to make instead the heterogeneous, divaricating, inter-relational totality of the Pacific the subject of the exhibition. We mixed stuff up, and organised the gallery’s rooms with thematic categories such as ‘voyaging and navigation’, ‘expanding horizons’, ‘the spirit of the gift’, ‘empire and Christianity’, ‘memory’ and so on.

We made pointed use of contemporary work, mixed in with historical pieces, to amplify that idea. In this regard, the contemporary artists in the show were co-interpreters of Oceania with us. The first work visitors encountered in the exhibition was Mata Aho’s textile drop Kiko Moana (2017), “the substance of the Ocean”, an emblem for the exhibition as a whole. The last work was John Pule’s Kehe tau hauaga foou (To all new arrivals) (2007), which, in many ways, thrust the history of Oceania into the present. Michael Parekowhai’s red piano, played at various times during the exhibition, took on new meaning surrounded by dozens of fellow ‘cultural travellers’. But we also wanted to use the civilisational concept to underline the encounter between Oceanic civilisation and European – dramatised in works like Lisa Reihana’s In Pursuit of Venus [infected] (2015–17), which held London and Parisian audiences spellbound. And lastly, we tried to make Oceania not a remote and temporally distant civilisation, but one whose history is intimately entangled with the history of modern Europe – an entanglement evident in almost every work in the exhibition.

I don’t want to overstate these curatorial conceits. What took me by surprise was seeing all these taonga (to use the Māori term) take their unique place on the exhibition floor. Each one brought its own mana, its own presence and story, and rightly stole the show. 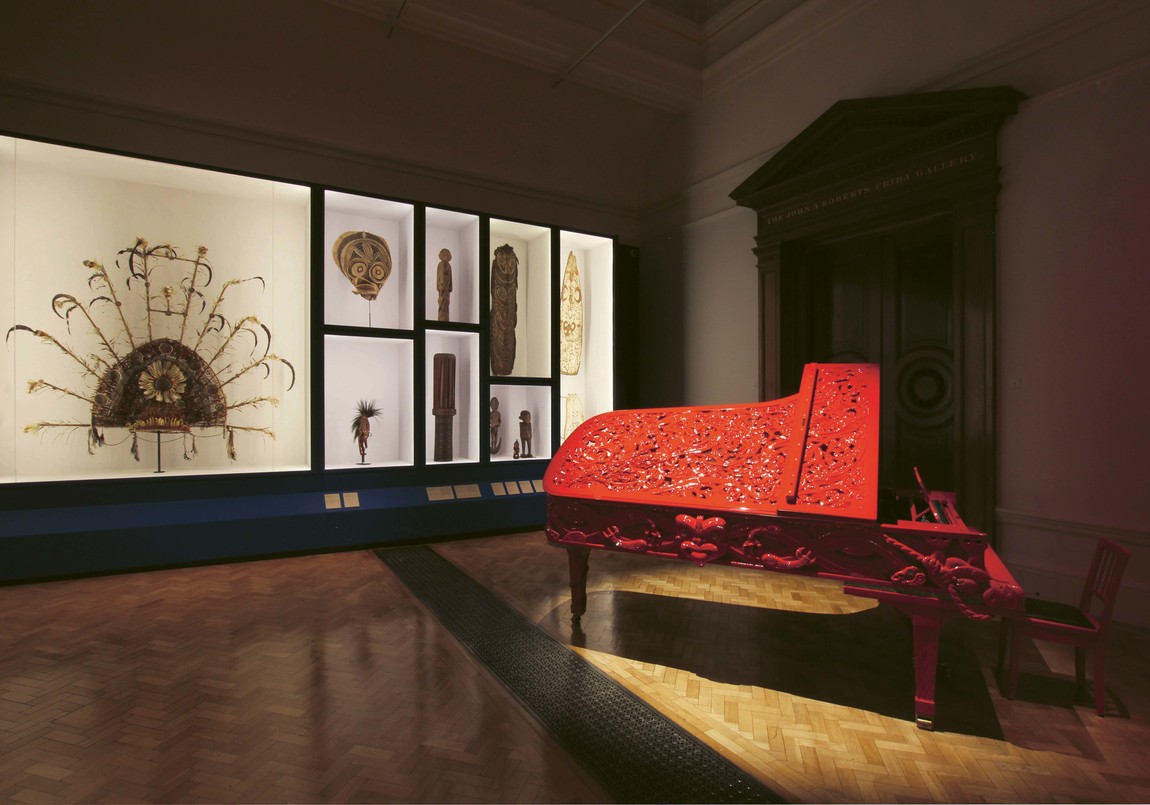 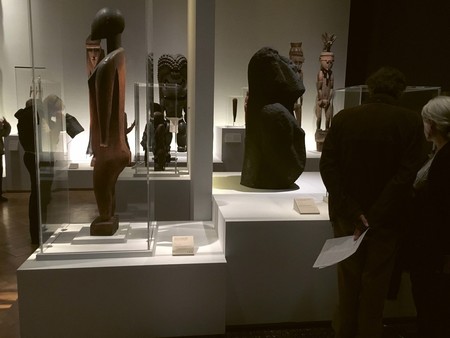 For me, in the end, the most personally gratifying aspect of the exhibition, given its London location, was the presence of Islanders. Some of that presence was enabled by our sponsors – the New Zealand government (through its Ministry of Foreign Affairs and Trade) and the governments of Papua New Guinea and the Kingdom of Tonga, as well as Creative New Zealand. (The Paris show similarly supported visitors from the French Pacific.) They made possible, in collaboration with the Royal Academy, the cultural blessing ceremonies at the opening and closing; the free admission of New Zealanders and Pacific Islanders (who just had to show their passports); and special events like the mid-run visit of a Pacific writers’ group, led by Witi Ihimaera, who gave a stunning presentation of pieces written in response to specific works they’d each selected from the exhibition. The collaboration also acknowledged and enabled Islanders’ cultural ownership of the exhibition, played out through things like the dressing of Kū with a contemporary malō by Hawaiians and provision of a ritual water bowl at the end of the exhibition. But Islanders were present and welcomed in other ways as well, like the unanticipated visit of a Rapa Nui group (in London to talk repatriation possibilities with the British Museum), who sang, spoke to, remained by and left offerings with Moai Hava (to the intrigue of other visitors). And there was the more political intervention of a group of London-based Islanders who went through the exhibition in its final week leaving offerings of leaves, branches and flags at certain works, like the Solomon Islands flag placed at a feasting bowl confiscated in the 1890s and a West Papuan flag by a Lake Sentani house post.

This was not business as usual for the Royal Academy. What it all meant in view of its future undertakings to exhibit the art of other cultures and civilisations, especially when that art is entangled with British imperial history (or French in the case of the Musée du quai Branly), is still shaking down. It’s still shaking down for me as well. 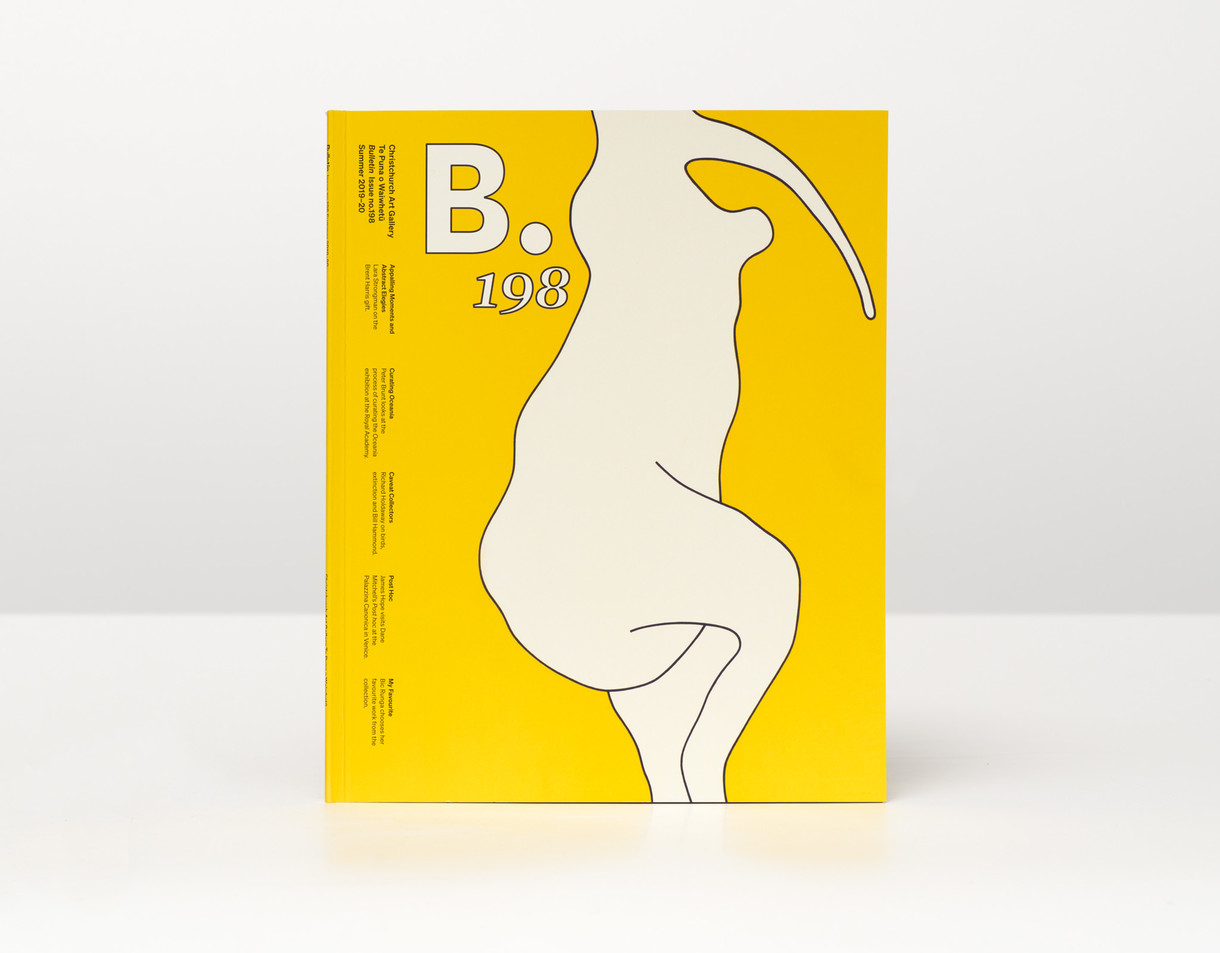