Raymond McIntyre left New Zealand for London in 1909, having studied and taught at the Canterbury College School of Art, gained instruction from immigrant Dutch painter Petrus van der Velden, and worked as an artist. In a letter to his father in 1910 he wrote from London of disappointed expectations after being taught briefly by William Nicholson, George Lambert and Walter Sickert, and of his growing conviction hat, ‘One’s only chance is to be oneself.’ In 1911 McIntyre exhibited with the prestigious New English Art Club and began a long association with the Goupil Gallery – then the leading international contemporary dealer gallery in London. By 1915 he was a wellestablished figure in London art circles; he also became an art critic for Architectural Review. McIntyre stopped exhibiting in 1926, and died in London in 1933. (Brought to Light, November 2009) 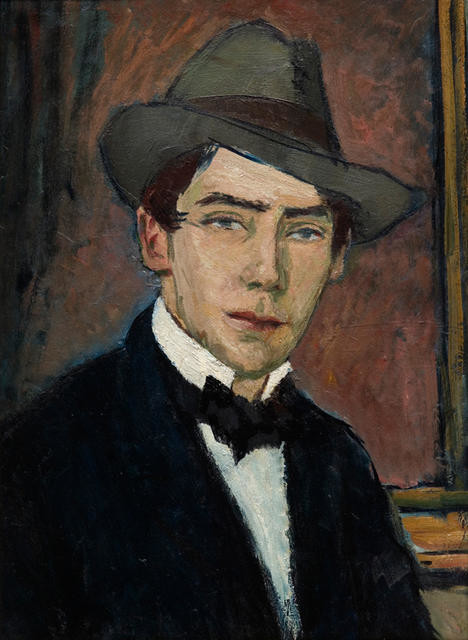