This plein air (outdoors) study of a remnant of native New Zealand bush at Pigeon Bay on Banks Peninsula illustrates Gibb’s lively yet accurate style. He has carefully observed the plant forms of the dense bush and recorded them with confident watercolour washes. Menzies Gibb worked in an academic manner throughout much of his career, developing outdoor sketches and studies in his studio, where he could complete more detailed and highly finished paintings. As this watercolour demonstrates, however, he also painted directly from nature. Born in Innellan, Scotland, William Menzies was the son of Canterbury painter John Gibb. He studied at the National Gallery School in Melbourne in 1880-81, and returned to Christchurch the following year. He exhibited at the first Canterbury Society of Arts exhibition in 1881 and continued to be actively involved on the society’s council throughout his career. He was also a member of Christchurch’s more progressive Palette Club, formed in 1890. 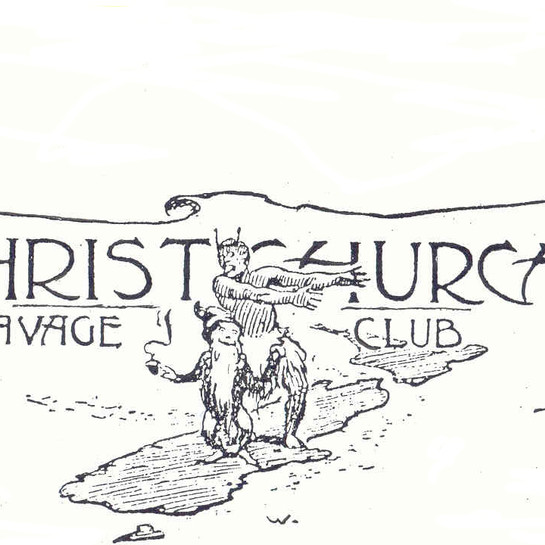 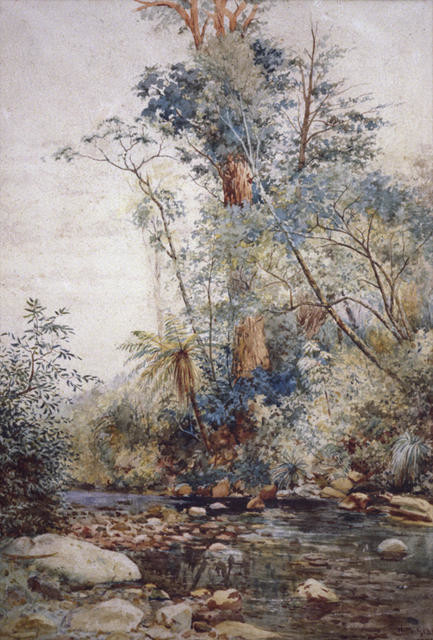 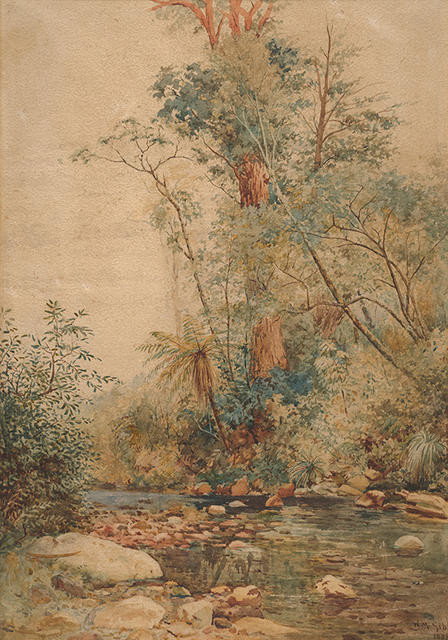