The contribution to printmaking by French artists has been considerable. This small installation from the gallery's historical print collection focuses on just four recognised French masters: Jaques Callot, Honoré Daumier, Charles Meryon and Odilon Redon. Each artist has been selected for the innovative way in which he handled the medium in which he worked. all share a common factor in their imagery which is both real and visionary. Of the four, Jacques Callot (1592-1635) is the earliest.

Recognised as having introduced etching into France, Callot's influence expanded widely throughout Europe during his lifetime* and he is considered to be the first French printmaker to gain an international reputation. Foremost were Callot's technical achievements. By combining engraving and etching techniques and using more than one biting he was able to gain a greater breadth in the chiaroscuro tonality of his line.

Such experimentation was matched by the range of subject matter he explored which varied from Caprices of fantasy, images Of theatre, religion, court festivals and war.

Callot's set of plates Miseries of War was among his most influential, bearing imagery that was both real and visionary. These plates documented the impact of the so-called Thirty Years War.

The Thirty Years War was a conflict in the sixteenth century between rivalling powers for domination over central Europe. It incited much oppression and bloodshed as marauding mercenary soldiers who made up most of the armies pillaged land and burned dwellings and property. Many of Callot's minutely detailed prints capture the same suffering and futility of war that was experienced in 1991 with the televising of the Gulf conflict.

The backdrop of political turmoil that drew the attention of Jacques Callot has parallels in the work of Honoré Daumier (1808-1879) but where Callot was moved by the suffering of a war that revealed the worst traits of mankind, Daumier was something of a crusader against the social and political injustices of his time, which he satirised mercilessly in many thousands of lithographs. Through his printmaking, like Callot he achieved a timeless quality. His expression of the foibles of human behaviour are as relevant today as they were in the nineteenth century.

Daumier's innovation lay not only in the treatment of his imagery, but in the technical advances he made in the medium of lithography. He developed a whole range of chalks and scrapers which he used in relatively complex combinations to extend the potential of his line and tone. In contrast to the caustic realities of Callot and Daumier the imagery of Charles Meryon (1821-1868) and Odilon Redon was modified by the reflection of an inner vision. Of the two Meryon had perhaps the greatest influence and drew many followers in the nineteenth century soon after his death. It was his images of Paris that made the strongest impact. He began his magnum opus, the twelve plate series Eau-fortes sur Paris in 1850.

Cities had hither to been depicted as panoramic views developed for their picturesque qualities alone. Often buildings, as such, were not considered worthy subject for artistic expression. Meryon's imagery wrought change in that. He used the buildings of Paris as a means of revealing the mystery of his inner self.

Like Meryon, Odilon Redon (1840-1911) also had a highly personal approach to his imagery through which he externalised his own visionary world. A world of dreams and mystery that seemingly transcended reality. For Redon, lithography was an essential medium for his expression. Through the interplay of black and white tonality he found a way of accessing the subconscious mind where conflicts between powers of light and darkness gave forth apparitions, angels, monsters and visions that became realities.

Each of the four artists in this installation, although different, are linked not only by what they contributed to the development of the medium in which they worked, but the timeless quality of their imagery. 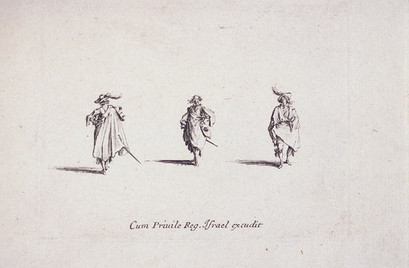 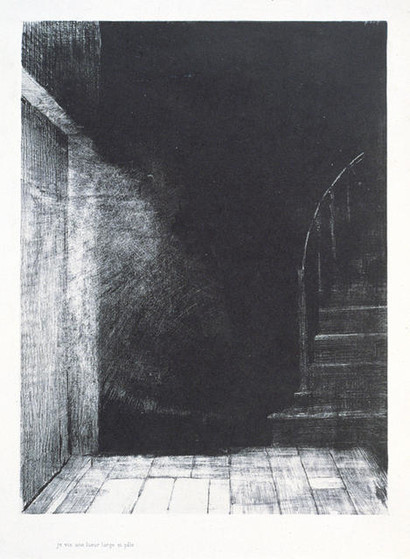 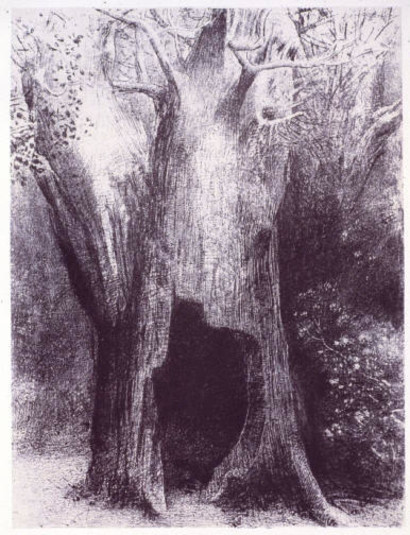 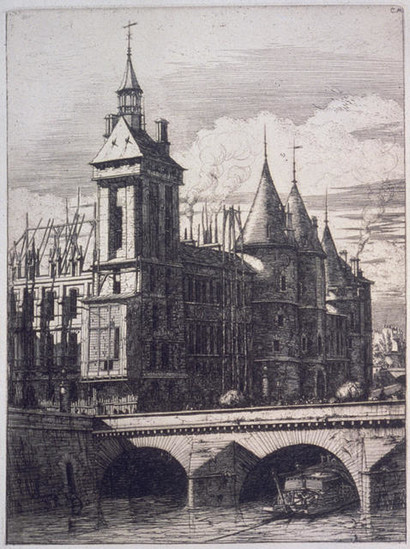 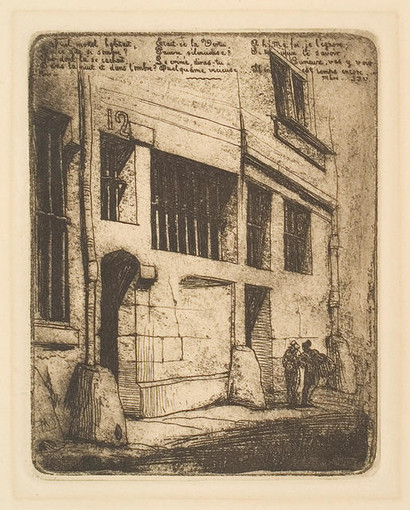 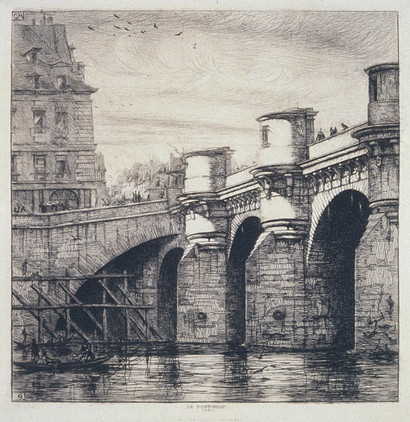 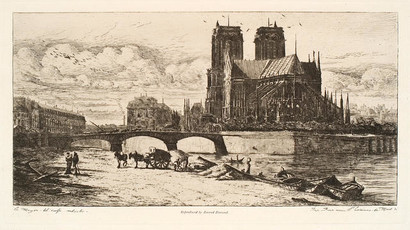 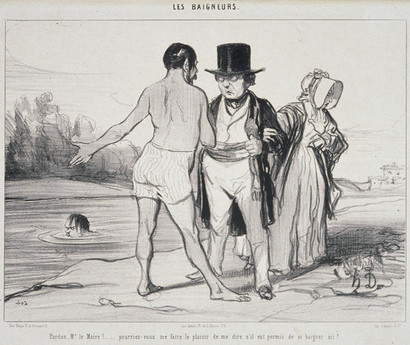 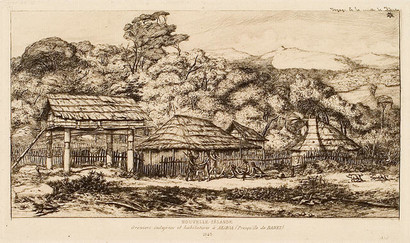 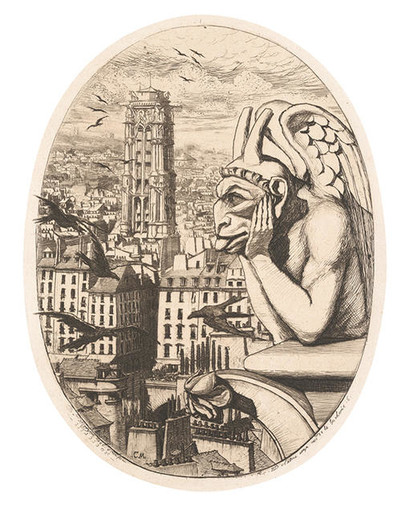 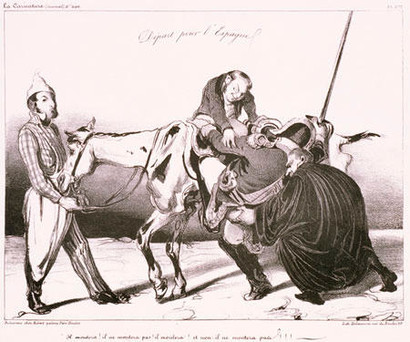 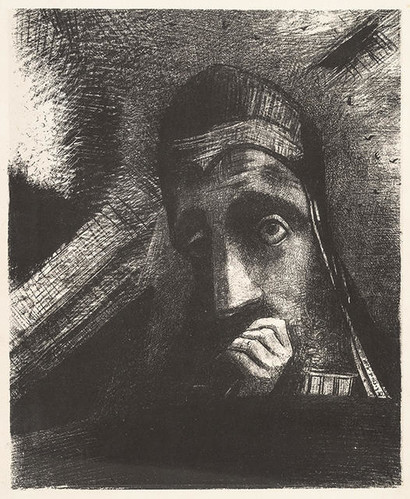 Dans mon Rêve, je vis au Ciel un Visage de Mystère. (In my dream I saw in the sky a face of mystery) 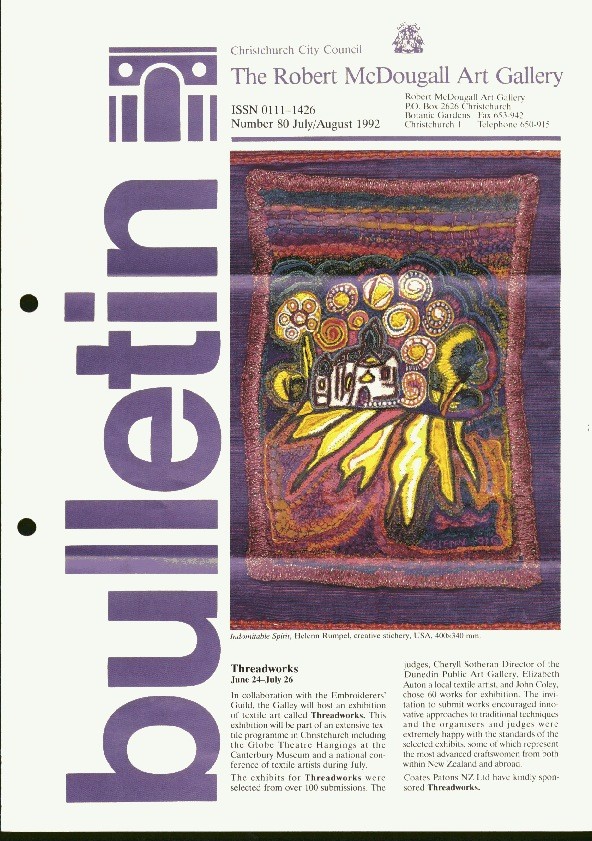