The generosity of a single private collector, Baron Hans Heinrich Thyssen-Bornemisza has made this exhibition's tour through New Zealand possible. Specially selected for the Australasian tour, the exhibition will give the New Zealand public an opportunity to view for the first time within a single exhibition, the complex interchange of influences between artists working in the two major centres of modern art during the past century - Europe and America.

A note on the Collection

The Thyssen-Bornemisza Collection is situated in the Villa Favorita, a Tuscan-style house purchased by Baron Heinrich Thyssen-Bornemisza, the father of the present Baron, from Prince Leopold of Prussia in 1933. It is located at Castagnola, a small village on the outskirts of Lugano, close to the Swiss-Italian border.

The first Baron Thyssen-Bornemisza built the Gallery especially to house the treasures he had been acquiring for many years, assembling there works which had until that time been deposited in various museums. By 1947, the year of his death, Baron Heinrich Thyssen-Bornemisza had reached his goal, successfully forming a collection which well-illustrated the development of European art. It contained at that time, not only paintings and sculpture of the 14th-18th centuries, but also antique Oriental carpets, fabrics and tapestries, furniture and objets d'art, Renaissance jewels, ceramics and glassware, Medieval ivories, goldsmiths' works, East Asian objects and utensils of bronze, iron and pewter.

His son, the present Baron Thyssen-Bornemisza, inherited his father's passion for art and beauty and has continued to enlarge the already well-established collection. Besides supplementing the Old Master holdings, he has added large numbers of works by a cross-section of masters of modern art, including remarkable paintings by the French Impressionists, German Expressionists, Cubists, Surrealists and important representatives of abstract art, many of which are included in this exhibition. Furthermore, he opened up a new area not touched before when he began acquiring American paintings. According to John Walker, "The group of American canvases (assembled by the present Baron) is ... most surprising ... (and) in scope and catholicity it is probably unique in Europe."

Because they have not as yet been integrated into the main galleries, a number of modern and American canvases, both realistic and abstract, are housed in the Baron's private apartments. John Walker, again, has aptly characterized Barn Thyssen-Bornemisza, by stating that these contemporary paintings relate to the contemplative side of his character, believing that "the painter ... holds a mirror up to the world (and) in it is reflected the actuality around us seen through the temperament of the artist."

The 106 paintings included in this exhibition have been chosen not with the intention of giving a complete art historical survey of the years covered, or of putting each artist in the exact place he deserves. Although each work is indeed representative of the artist's oeuvre, the ensemble can only be considered a reflection of the personal taste of a passionate collector for whom, like his father before him, according to Paul Vallery, "neither the hope of making a good bargain, nor the literary prestige, or the ambition of proceeding or following the fashion could trouble (in) the pursuit of personal voluptuousness and (in the) exercise of personal intelligence."

Baron Hans Heinrich Thyssen-Bornemisza has learned to appreciate modern art not through books but by looking closely at the works themselves, and carefully comparing one to another. It is our hope that the present exhibition will enable others to do likewise, and that it will adequately and truthfully reflect Baron Thyssen's knowledge and refinement of taste, and be the means by which he can share some of his pleasure in these works.

(Reproduced from the Foreword to the catalogue, written by Andrew J. Crispo) 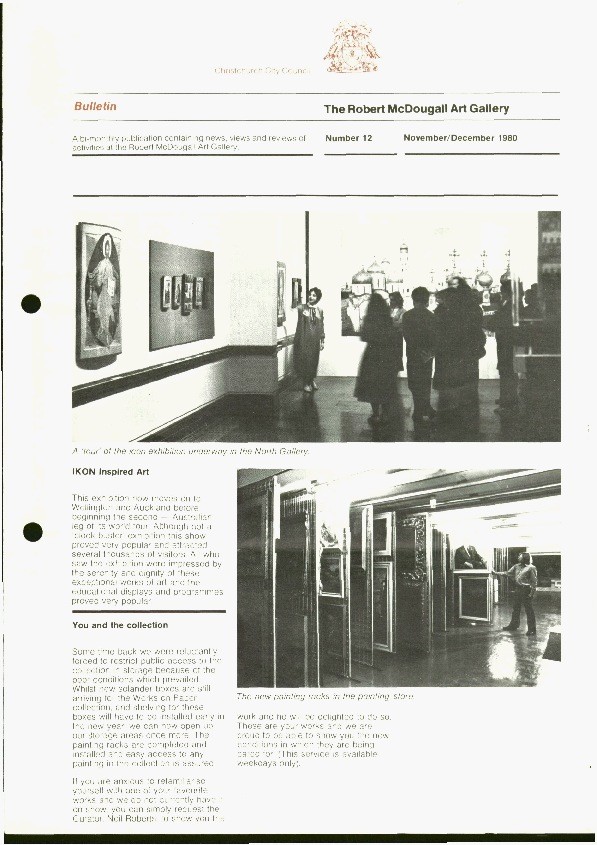 p.1
IKON Inspired Art
You and the collection

p.2
America and Europe - A century of modern masters exhibition 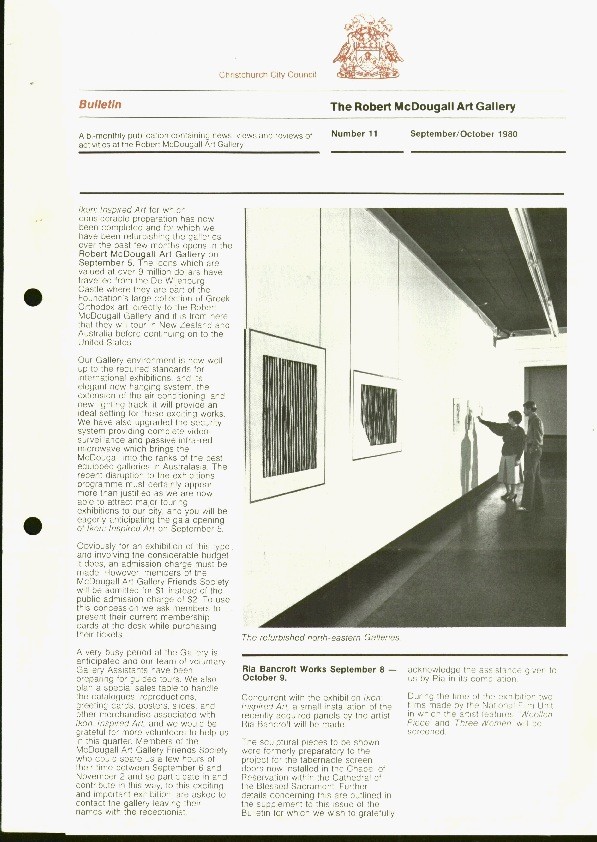 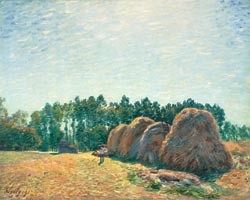 The Allure of Light – Turner to Cézanne: European Masterpieces from the National Gallery of Victoria

The works in this exhibition have been drawn from the collection of the National Gallery of Victoria, which has the finest collection of international art in the southern hemisphere. The show features artists whose works inspire the admiration of the non-gallery goer as readily as they do the art historian.