Governors Bay, known also as Ohinetahi, lies at the head of Lyttelton Harbour / Whakaraupō and was once the site of a major Ngati Mamoe pā that was captured by the Ngai Tahu chief Te Rangi Whakaputa around 300 years ago. Ohinetahi was named by Te Rangi Whakaputa’s son, Manuwhiri, who fathered many sons but only one daughter. Ohinetahi means the place of one daughter and it is also from this area that Lyttelton Harbour gets its name. Whakaraupō means the harbour of the raupo reed which grew in abundance at Ohinetahi.

Louise Henderson moved to Christchurch with her husband in 1925 where she became an active member of the arts community. She painted regularly in Lyttelton harbour and in 1938 completed several paintings of Governors Bay. 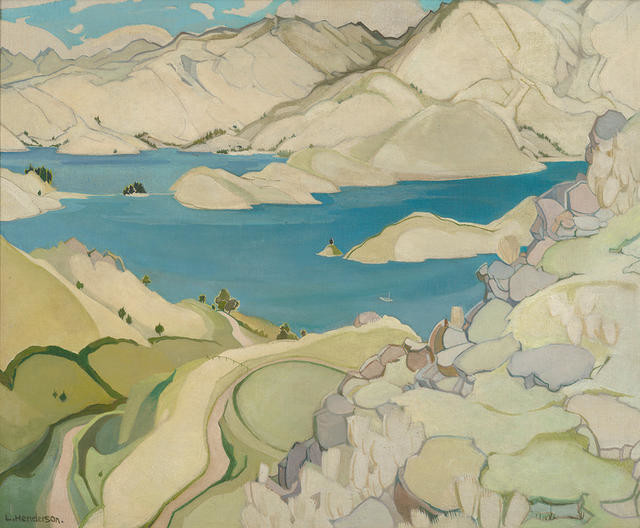