The Faerie Queene Peak lies at the southern end of the Spenser Mountains in North Canterbury. Explorer and naturalist, William T.L. Travers, named the peak in the 1850s after the poem by the Elizabethan poet Edmund Spenser. George Elliott has used Travers’ original misspelling. Elliott’s landscapes have a loose broad style. This work is likely to have been painted plein air (outdoors) when Elliott travelled though the area during the summer of 1897/1898. Elliott was born in Yorkshire, England. He studied at the Bradford School of Art and the Royal College of Art, London, where he won a gold medal in 1880. Elliott arrived in Christchurch in 1881 and began teaching at the Canterbury College School of Art from 1882, becoming Director in 1886. He exhibited at the ‘Indian and Colonial Exhibition’ in London in 1886. Elliott was a member of the Canterbury Society of Arts and Christchurch’s Palette Club. He left Christchurch for Palmerston North in 1906. 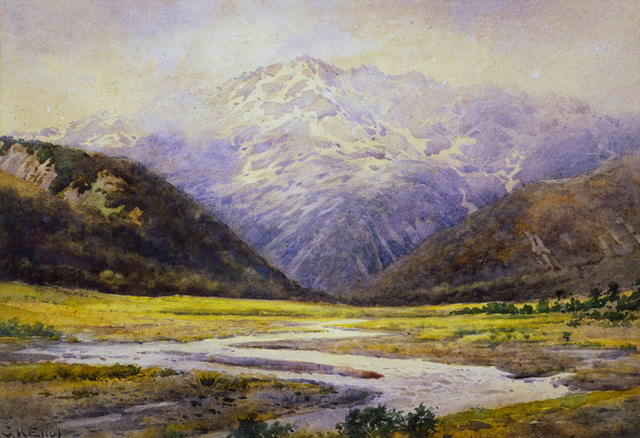 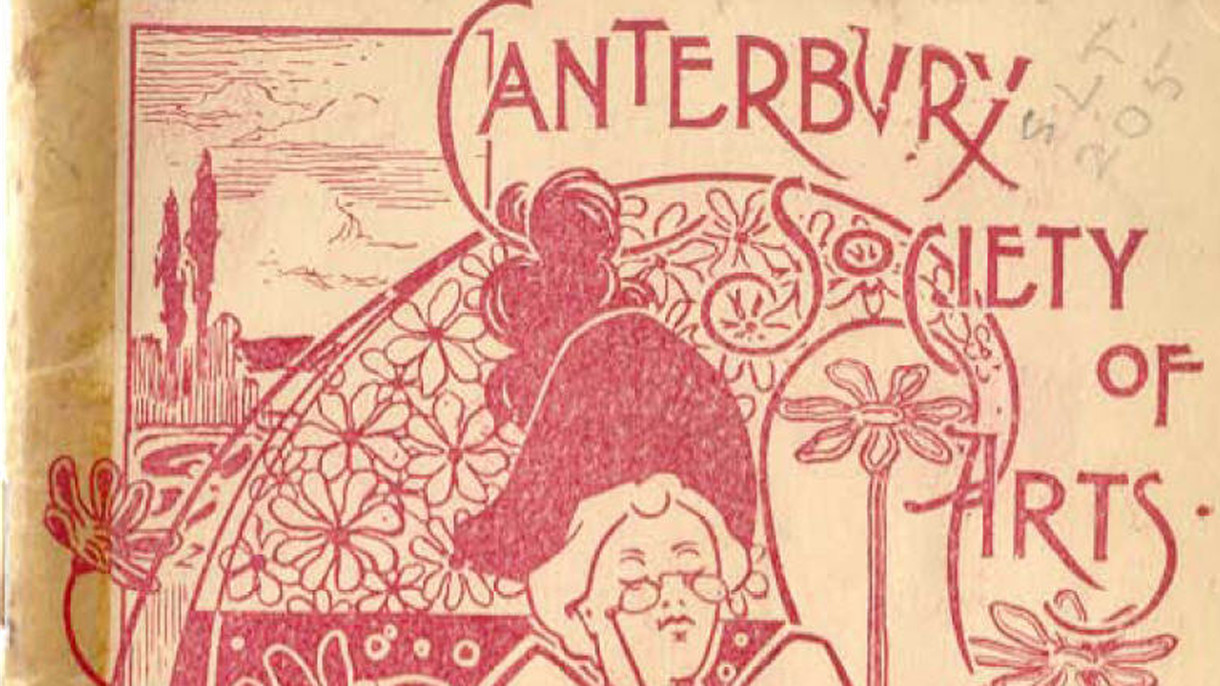