This young Maori woman was from Kaiapoi, near Christchurch, where there was once a large Maori pa. It is likely that Robert Procter would have made sketches of the scene outdoors and completed this painting in his studio. Taught to value faithful representation of a subject, Procter has painted the young woman with more care and detail than the landscape. However, he has used loose brushwork in the background and bright colours to capture the effect of sunlight on the scene. Born in Scotland, Procter arrived in Christchurch c. 1886. He studied at the Canterbury College School of Art, as well as being a pupil of Petrus van der Velden (1837-1913). He went on to become an instructor at the College but between 1904 and 1906 he visited Europe, studying in Paris and Antwerp. On his return, Procter lived in Christchurch until 1916 when he moved to teach at the Elam School of Art in Auckland. In 1928 he moved to Melbourne where he died. 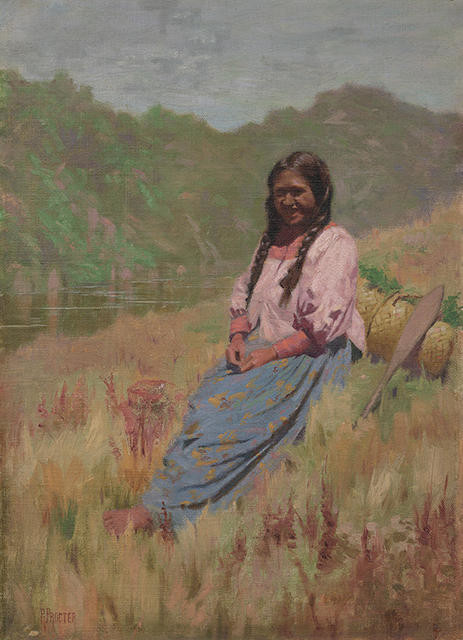