Well, kind of... Happy birthday for tomorrow to Swedish artist Edward Friström, who came to New Zealand in 1903.

But I have an ulterior motive for posting this. Friström's Lake Wakatipu is a great place to start exploring our collection tagging. Jump in, click on a tag under the 'categories' heading, and see what new areas in the collection it opens up for you.

And it's geo-tagged too. An embarrassment of riches! 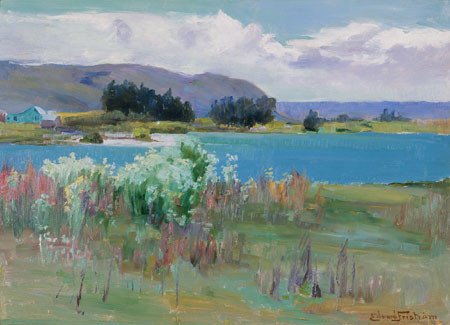 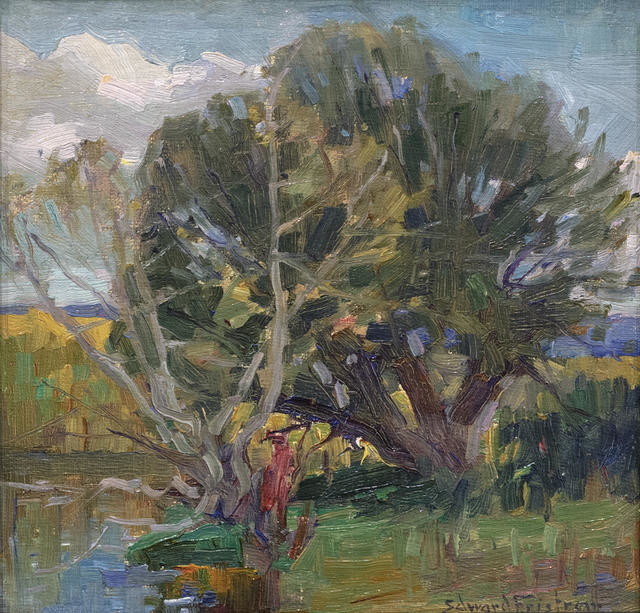 Swedish artist Edward Friström arrived in New Zealand in 1903 having first spent several years in Australia. Although it is thought that Friström was self-taught, his work displays an assurance and confidence that belies this conclusion. He favoured painting outdoors, or ‘en plein-air’, and his direct approach to recording the New Zealand landscape was often viewed negatively as being too progressive. One contemporary reviewer commented that his work was that of a ‘fanatic’ and that he rejected ‘any detail whatsoever’. Friström’s work stands out in New Zealand painting of the early 1900s for its refreshing sense of spontaneity and vigour. 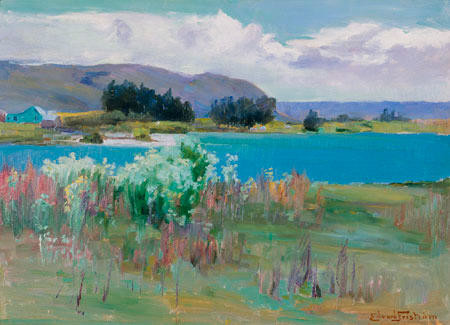 Originally from Sweden, Edward Friström arrived in New Zealand via Australia in 1903. He is thought to have been self-taught and, like James Nairn, he favoured plein-air painting. There is a strong sense of immediacy in Friström’s painting, a vibrancy that lead one reviewer to comment on his work at the time as being that of a ‘fanatic’ who rejected ‘any detail whatsoever’. Friström’s work stands out in New Zealand painting of the early twentieth century for its refreshing sense of spontaneity and vigour. (March 2018)