This was one of two travelling exhibitions sponsored by the British Council visiting New Zealand in 1965. The exhibition consisted mainly of photographs but included some smaller pieces of bronze sculptures by the artist.

Eight tapestries from the Victoria and Albert Museum inspired by the watercolour drawings of sculptor Henry Moore will be on display. Five West Dean College Weavers have skilfully interpreted these works in the medium of wool.

An exhibition of leading British artists and printmakers of the day 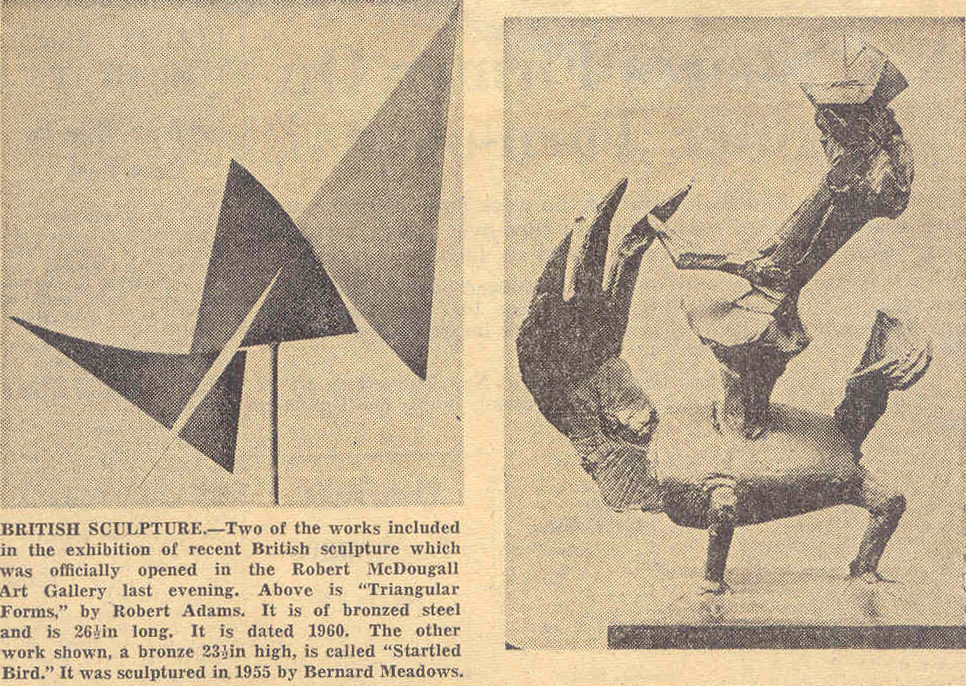 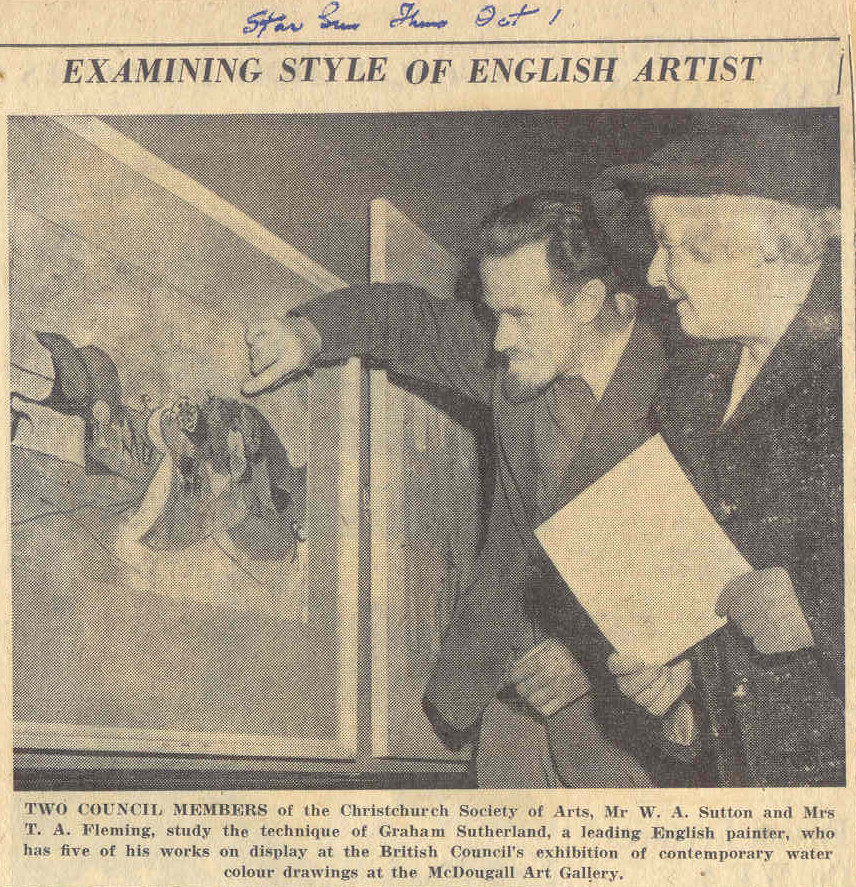 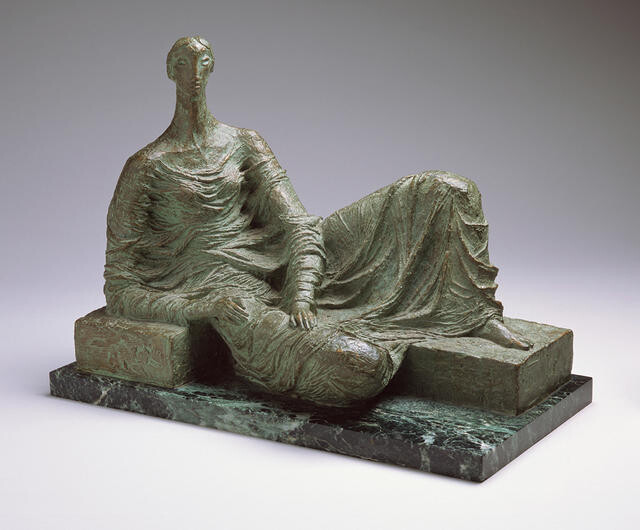 The pose of this sculpture by Russell Clark suggests the reclining figures of early classical sculptures, particularly the tomb sculptures of Roman or Etruscan funerary works. However, Clark’s style in Reclining Figure shows the influence of the British sculptor Henry Moore (1898 -1986). The drapery and stylisation are reminiscent of the bomb shelter and underground drawings made by Moore during World War II.

Clark was born in Christchurch and studied at Canterbury College School of Art. In 1929 he moved to Dunedin and worked as a commercial artist for the publishing firm John McIndoe. In 1938 he went to Wellington and was an illustrator for the New Zealand Listener. Clark was Official War Artist in the Pacific during World War II. He returned to Wellington, but in 1947 moved to Christchurch and joined the staff of the School of Art. As senior lecturer in painting Clark became an important influence on a generation of Canterbury artists. At the time he made Reclining Figure, Clark’s sculptural work overshadowed his painting.

Sea Study is one of many sketches Henry Moore completed for a larger work. He was trained in an academic tradition and worked by making preliminary sketches out of doors, sometimes with particular dedication: “The canvas and chair were secured to the rail of the bridge,... and there a ‘weather cloth’ was also erected, behind which the artist and his friend (who held the box of colours) ducked whenever a very heavy shower of spray swept over the vessel. In this somewhat perilous eyrie Moore painted with all his might.” Moore was born in York. His father and four of his brothers were also painters. After studying under his father, in 1853 Moore moved to London where he began studying at the Royal Academy Schools as well as exhibiting at the Royal Academy. In 1857, while visiting Clovelly on the northwest coast of Devon, Moore began painting seascapes, a genre he continued to specialise in throughout the remainder of his career.

Colour lithography became a popular print medium in Britain during the late 1940s and 1950s. Drawn by lithography’s painterly qualities, many contemporary artists of the period worked in the medium and joined groups such as the Society of London Painter Printers.

Standing Figures is one of a small group of lithographs by Moore published by School Prints in 1950. The forms of the figures have been highly simplified and reflect Moore’s work as a sculptor.

Moore was born in Yorkshire and studied sculpture at the Leeds College of Art and also at the Royal College of Art in London. By the 1940s he had established a successful reputation for his sculptural practice and went on to become Britain’s most prominent sculptor of the 20th century. Better known for his sculptural practice, Moore was also a prolific printmaker. He received many awards and honours including the prestigious first International Prize at the Venice Biennale in 1948.