2007 marks the centenary of the birth of an important Canterbury sculptor, Ria Bancroft. Bancroft was born in England. She moved to Toronto, Canada, in 1951 and worked as a television designer and display artist. She travelled to Italy in 1960 and studied for two years under Professor Antonio Berti (1904-1989). In 1962 Bancroft moved to Christchurch where her daughter was living. She exhibited regularly and received many commissions, including the Tabernacle Screen Doors for Christchurch’s Cathedral of the Blessed Sacrament. Eclipse was completed in Italy while Bancroft was studying at the Academy of Fine Art in Florence between 1960 and 1962. A total eclipse of the sun occurred during this period and Bancroft witnessed a group of observers on a roof. Bancroft has depicted the group staring skyward holding up sheets of smoked glass through which they are able to safely observe the eclipse. 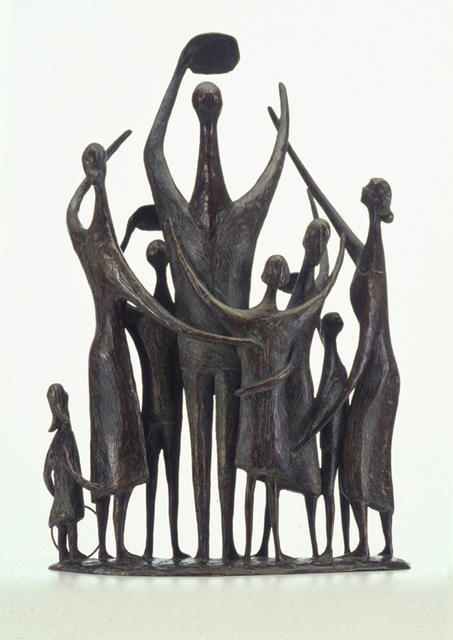 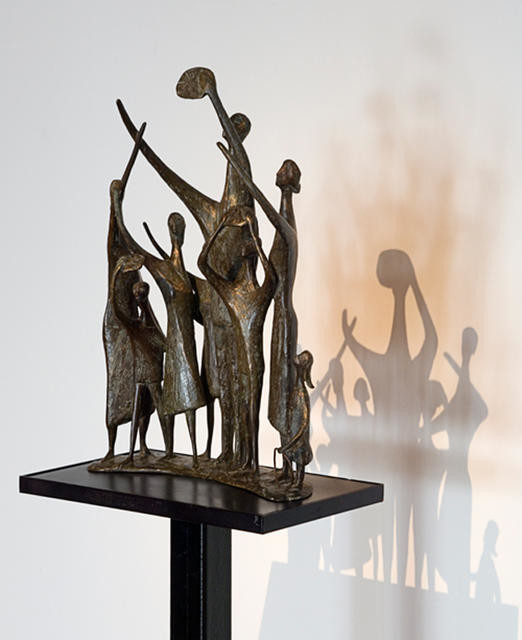