Margaret Dawson took several attempts to make Marg n.l. Persona over a series of evenings. She made drawings of how she envisaged the photograph—she wanted the broken sunlight on the weatherboards to reflect similar patterns as the leopardskin coat she’d found in an op shop; she needed to wrangle the cats (the white one, Eve, was named after the artist Evelyn Page; Dawson rescued her from outside the Robert McDougall Art Gallery). When she’d got all of the elements in place, Dawson checked the composition with a Polaroid. She assumed her position. A flatmate pressed the button on her camera.

Marg n.l. Persona is a self-portrait that is also a fiction, gesturing towards the idea, perhaps, that all selves are essentially constructions. “It seemed natural to use myself as an actor”, said Dawson, “showing how one can move into a role and out.” It took a lot of work to appear so casual. The photograph looks like a snapshot—a suburban woman looking after her cats, pictured in the doorway of her house one early evening—but the large scale of the print gives her actions a significance that compels attention. “I work intuitively as a feminist”, Dawson noted at the time. “My work has changed from observing with a camera (recording) to examining behaviour, acts for life.” 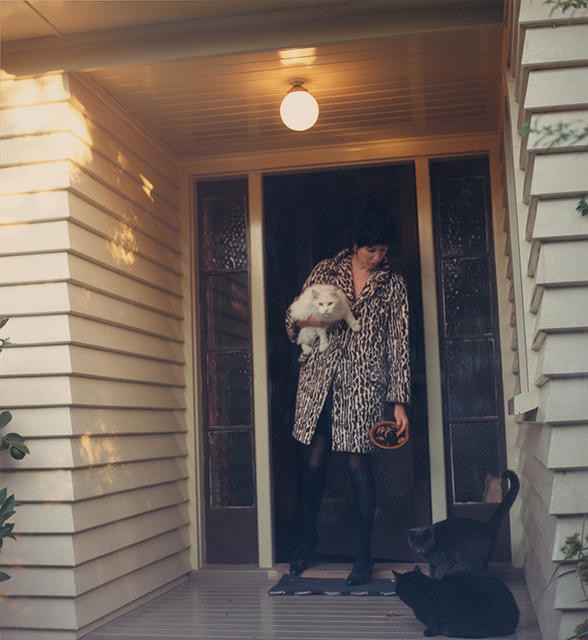