Brent Wong has merged bold architectural elements – Greek classical and New Zealand colonial – with a vast, undulating landscape to create this haunting, dreamlike setting. In the distance, a receding Parthenon appears a ghosted, timeless ancestor of the architecture that would come to furnish the business centres of small town settler Aotearoa New Zealand. Against the parched, eroded hills, these detached forms seem to give scale to colonial ambition, a reaching back for established empirical standards and grandeur. The Parthenon is a temple that was built on the Acropolis, a rocky hill above Athens, Greece between 447 and 432 BC, and dedicated to the goddess Athena. (As Time Unfolds, 5 December 2020 – 7 March 2021) 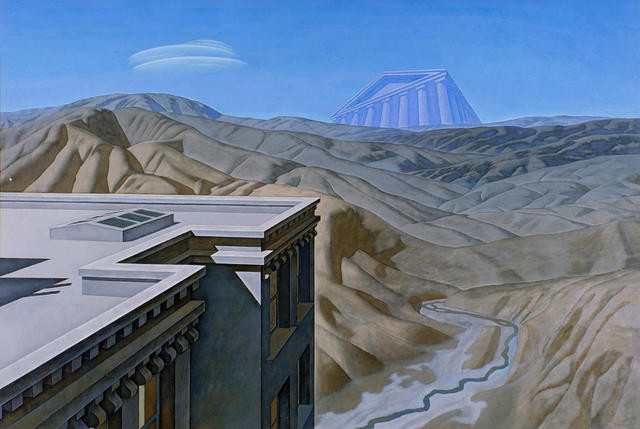