Thomas Sidney Cooper became famous for his paintings of cattle and sheep in the foreground of a landscape. The Victorians had a passion for such animal paintings and he exhibited over 240 works at the Royal Academy alone. Trained as an academic artist, Cooper was a studio painter who worked from sketches he made outdoors. His detailed paintings are highly finished and also show an obvious debt to the Flemish artist, Eugene Verboeckhoven (c. 1799 -1881),under whom he studied and who specialised in painting cattle in landscapes. Born in Kent, Cooper initially studied at the British Museum but won a place to the Royal Academy Schools in 1824. After nine months, however, he returned to Kent, probably for financial reasons, where he supported himself by taking pupils. Cooper lived in Brussels between 1827 and 1830. He exhibited at the Royal Academy from 1833 and was elected a full member in 1867. During the 1860s Cooper returned to Kent where he established an art school and gallery. 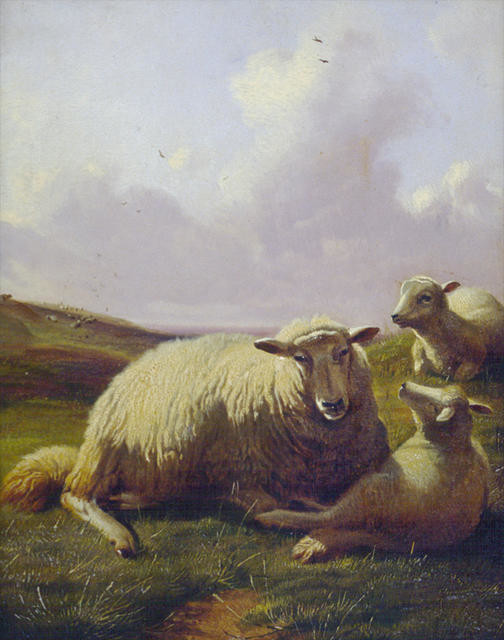