St Ives in Cornwall was a popular destination for artists interested in the plein air movement in the late 19th and early 20th centuries, and Owen Merton was drawn to the region for this reason. Painting outdoors directly before the subject, Merton worked quickly to sketch the scene in pencil to which he then applied watercolour washes.

Merton was based at St Ives between mid-March and late June of 1910 before travelling to Concarneau in Brittany where he studied under Frances Hodgkins. Born in Christchurch, Merton studied at the Canterbury College School of Art in 1903, and in London between 1905 and 1906. He returned to New Zealand from 1907 for two years, holding a number of solo shows in Wellington and Christchurch. After that time he lived either in New York or in Europe. Merton was elected to the Royal Society of British Artists in 1910. He died in London. 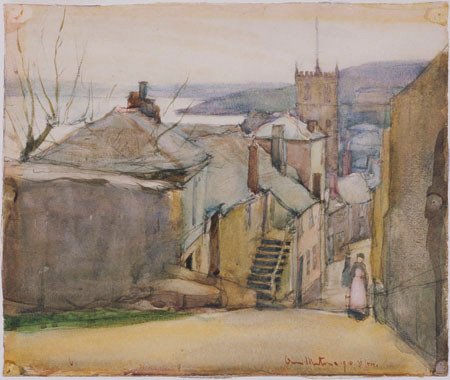 Owen Merton: Expatriate Painter
Expatriates One and All 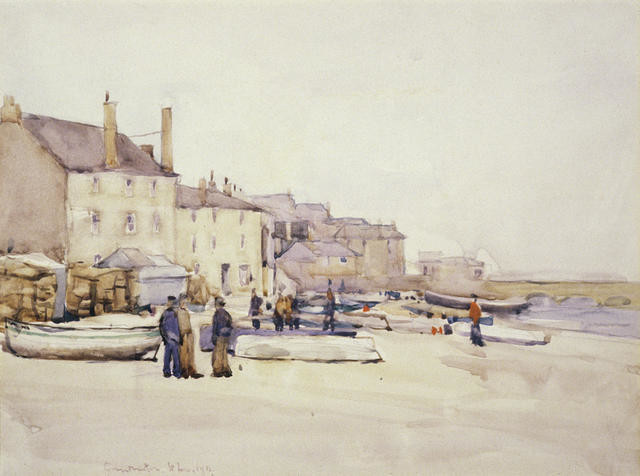