Louis Auguste de Sainson was the official artist aboard Captain Dumont d’Urville’s Astrolabe. He spent three months in New Zealand in 1827 on a maritime mapping survey between Tasman Bay and the Bay of Islands, followed by a month in Tonga. A substantial publication on d’Urville’s 1826–29 voyages through Asia and the Pacific was published in Paris in 1833, profusely illustrated by lithographic prints after de Sainson’s drawings.

D’Urville and his crew had close contact with people they met, including the Totaranui chief Tehinui (or Tehi-Noui) and his travelling companion Kokiore (or Koki-Hore) depicted in print 2, who were sketched by de Sainson after coming aboard at Palliser Bay (near present-day Wellington). Tehinui and Kokiore at first both intended to reach Europe, but instead disembarked at Tolaga Bay, later finding their own way home. In summarising his portrait sketching process, de Sainson later recalled: “What I was doing caused a lot of laughter; every minute they tried to escape me.” (Kā Honoka, 18 December 2015 – 28 August 2016) 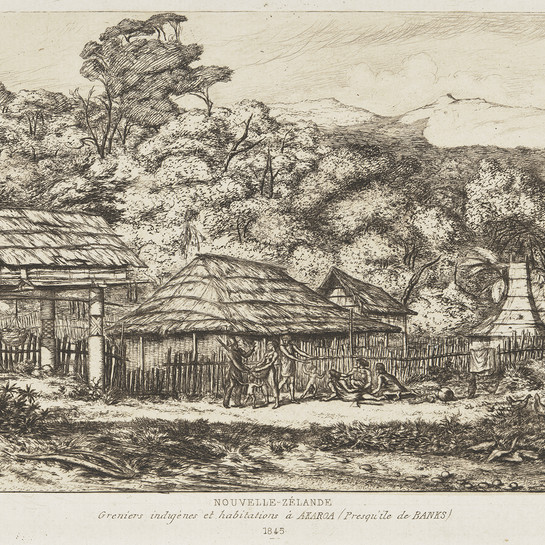 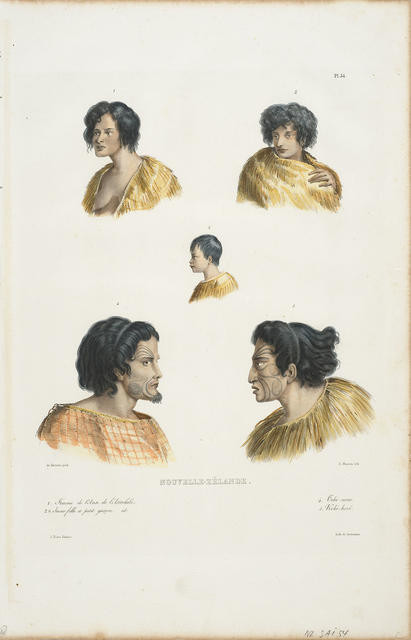 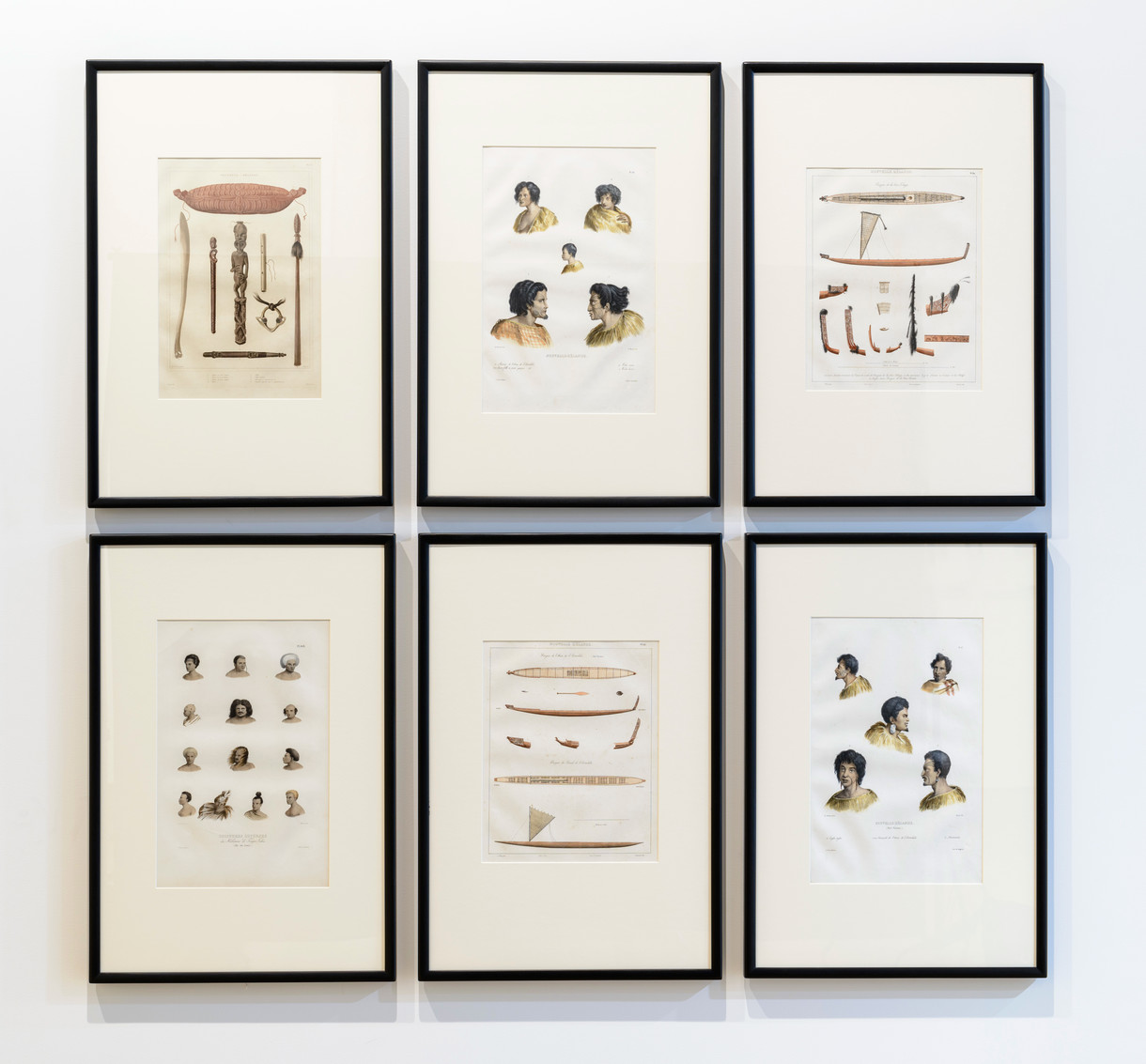