Juliet Peter was born into a farming family in mid- Canterbury. She spent her childhood at Anama station near Mount Somers until the early death of her mother, and her teenage years were spent in England with her older sister and brother and an aunt. Returning to New Zealand, she studied painting at the Canterbury College School of Art from 1936–40 and graduated in wartime. For the war effort, Peter joined the New Zealand Women’s Land Service to become a ‘Land Girl’ at Rydal Downs near Okuku. The Land Girls’ life at Rydal Downs saw Peter engaged in almost every aspect of keeping a mixed sheep and grain farm operational, including most of their own food production. Remarkably, Peter also found time to record something of their everyday activity through a series of paintings and pen-and-ink sketches. 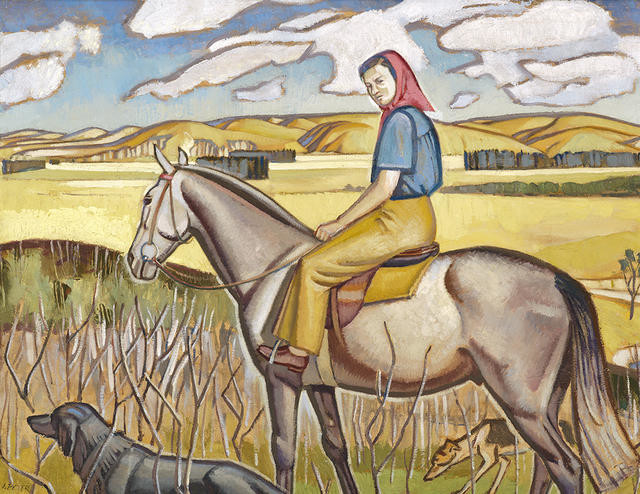