Rita Angus’s Cass depicts the tiny settlement’s red railway station dwarfed by high-country peaks. It’s a hopeful vision of our high country in 1936: piles of sawn lumber, power pylons and train tracks overseen by purple-shadowed mountains and sky. The light is clear, the shadows crisp. An everyman in suit, overcoat and hat dangles his legs from the platform, awaiting his train. I sat where he sat, and ate morning tea in a punishing wind, completing the scene.

John Pascoe photographed shepherds at work beneath the Alps from the 1930s onwards. His radio show brought their camp-fire yarns into city living-rooms. Generations of artists painted dry hills and jagged ranges onto our minds. Here were the hostile Alps humanised through industry, and the more urban our lives, the more alluring the high country became. Today any bookshop will sell you a half-dozen hardcover books full of sheep dogs and acute morning light. There are few close-ups of algal bloom.

I soon gave up on completing the scene. The nor’wester was like a toddler shoving me in the face with each gust, and kept winnowing sunflower seeds from my scroggin before I could jam them into my mouth. In Māori that wind is Te Mauru, ‘te hau kai takata’: the wind that devours people.

At Cass, there were no people. The peak in the background of the painting is Mount Misery, with Mount Horrible immediately to the north. Trains don’t stop at Cass anymore. Pigeons had shat all over the interior of the station, which was strangely womb-like, painted floor-to-ceiling in the same orangey-red as the outside, except for a big, black Bakelite telephone stark on the wall. It’d long since been disconnected from the outside world. I put the receiver to my ear and took a selfie of me talking to myself.

That morning I’d camped at Ōpōreaiti, the mahika kai known in English as Lake Grasmere. In 1880, Arowhenua’s Hoani Kāhu noted that the lake was “he hāpua mahi. Ko te wai kai anō.” I’d spent the last few days trespassing across high country farms in an effort to capture some small sense of our ancestor’s experience of being unwelcome on land you know and love. From first light I’d been climbing barbed wire fences and wading swamps, sneaking across Grasmere Station with curious cows sniffing at my heels. Their owners had spent untold thousands in court trying to gain permission to pivot-irrigate the surrounding land. The judgement spent some time discussing scenic landscape values when refusing their initial consent.

Inside the station, free from the wind, someone had defaced Angus’s painting by scratching onto the wall in crude letters: ‘Kiss the ground you walk on’. I did love the land I was walking across. Though I might come away with a bitter aftertaste, I would still kiss that ground. 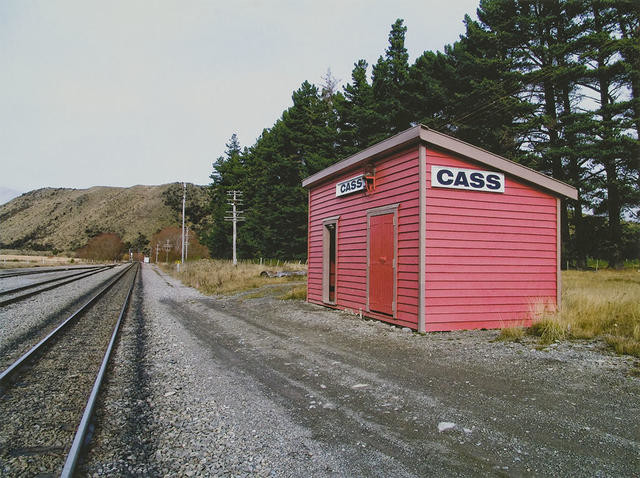 Rita Angus’s painting ‘Cass’ has become one of New Zealand’s most iconic paintings. Here, Peter Peryer brings the subject firmly into the present with a contemporary photograph of the small railway shed at Cass. Like other contemporary artists who have visited Cass, Peryer does not set out to create a photographic documentary record of an unknown landscape, rather he consciously visits a landscape that has been made famous by art. Interestingly the Cass railway shed was painted white during the 1980s. In the late 1990s it was repainted its original red in a deliberate reference to Angus’s famous painting – a clear case of life imitating art. (Brought to light, November 2009) 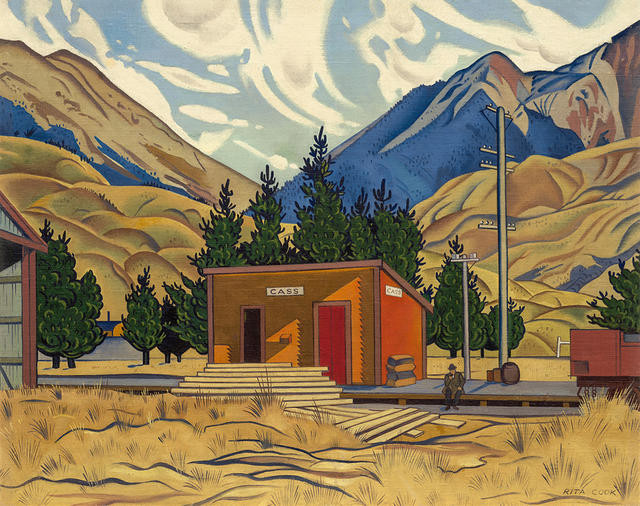 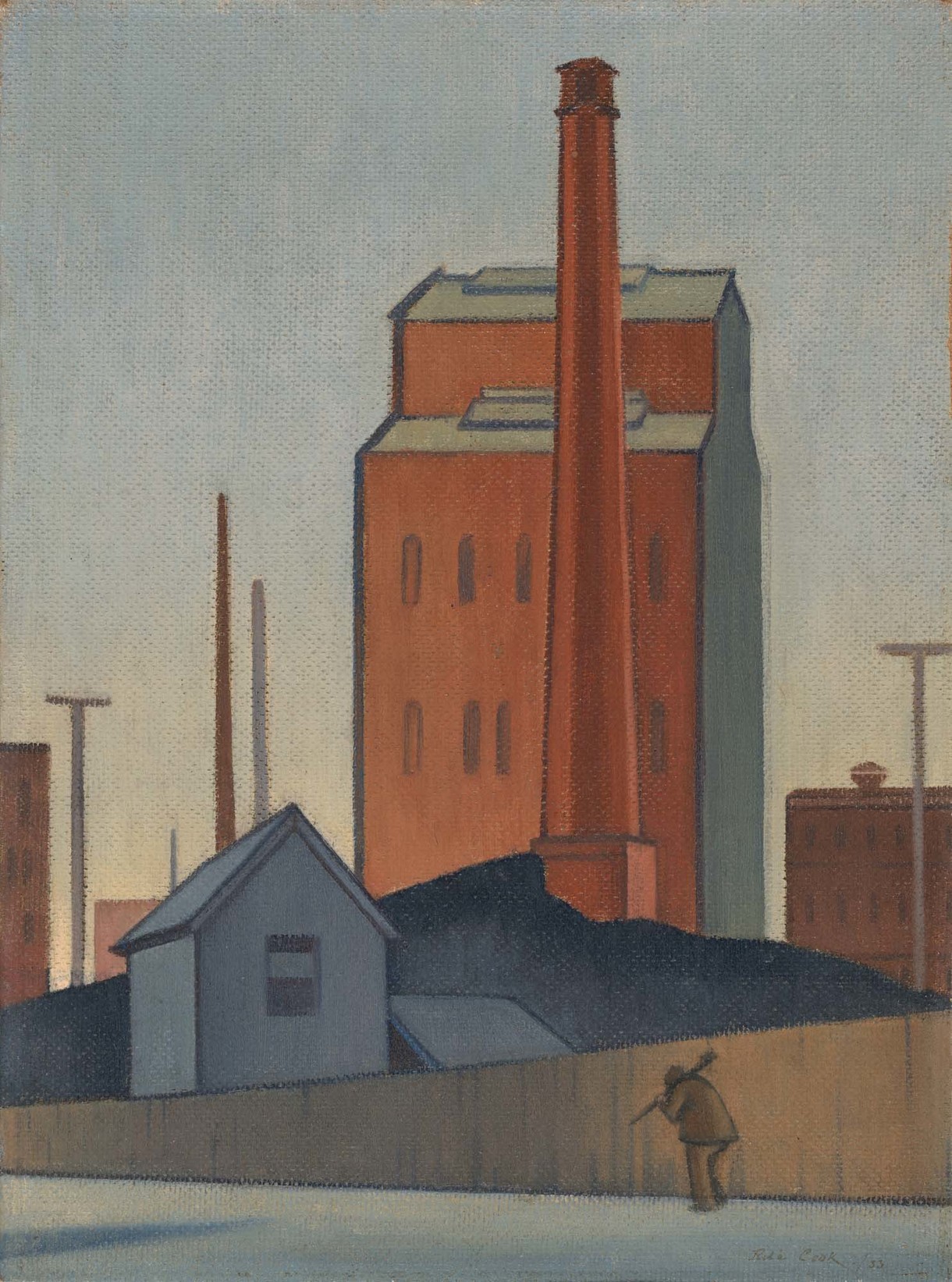 As Stark and Grey as Stalin's Uniform

Heading along to the stunning Rita Angus: Life & Vision survey exhibition at the Gallery in 2009 I always had this nagging feeling that one work was missing from the walls – Angus’s Gasworks from 1933. This painting was one that I knew only through the black and white image that appeared first in a volume of Art in New Zealand in 1933; the same reproduction that was later used in Jill Trevelyan’s excellent biography of Angus and also in the catalogue for the National Art Gallery’s 1982 retrospective, Rita Angus. For the New Zealand art historian, Gasworks was a kind of legend – painted by one of the country’s best artists yet seen in person by only a very few. In 1975, when Gordon H. Brown curated New Zealand Painting 1920–1940: Adaption and Nationalism, Gasworks was listed as ‘location unknown’ in the accompanying catalogue. Amazingly the painting was also not included in the retrospective exhibition of 1982. We had grown to know this painting purely through a grainy black and white illustration from 1933. But the painting was never lost – Gasworks is a painting that has been cherished, protected and loved by the same Christchurch family since the early 1940s. And now, having been placed on loan to Christchurch Art Gallery Te Puna o Waiwhetū, it is available for the public to view for the first time since 1933, when it was shown at the Canterbury Society of Arts. 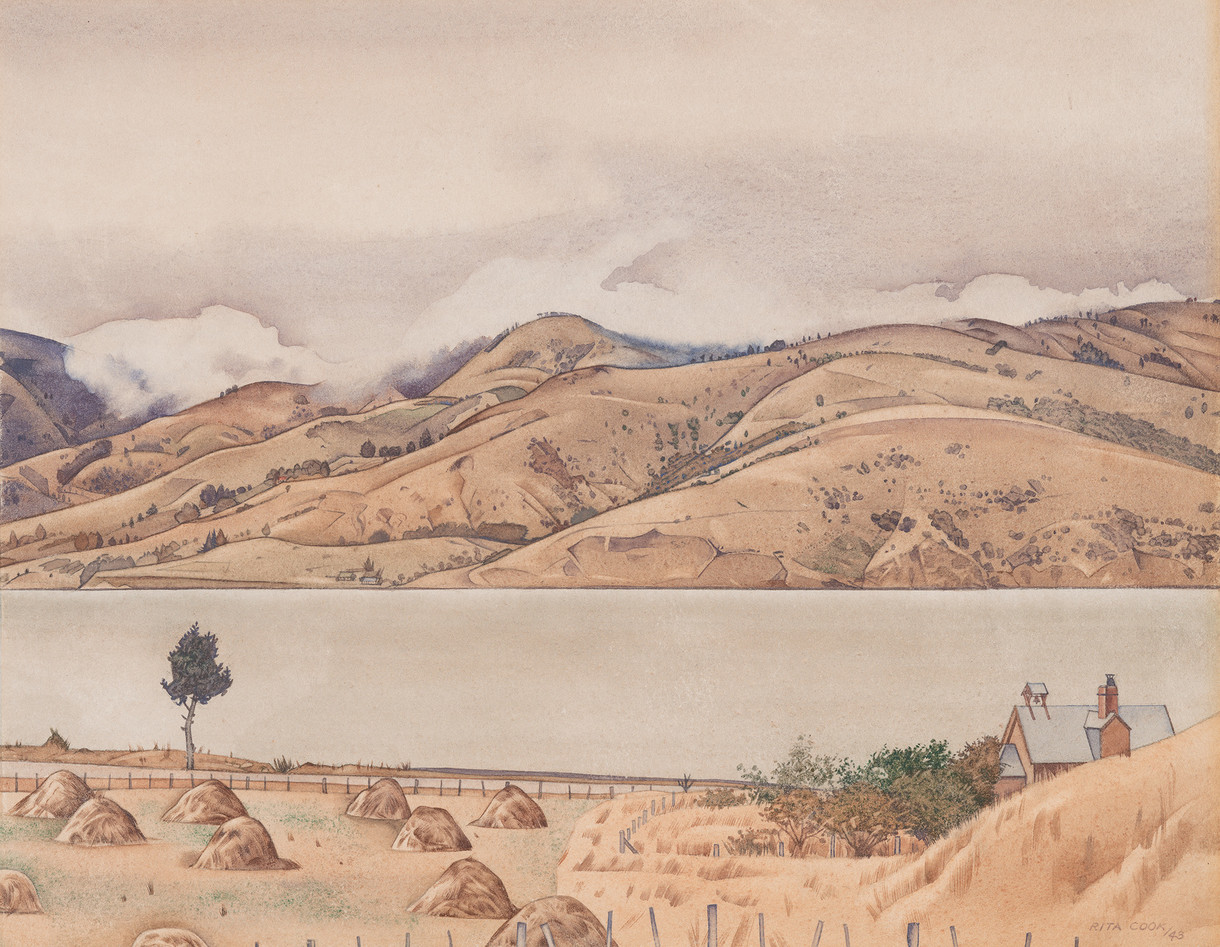 In March 1943 Rita Angus spent several weeks staying at a friend’s family bach in the small settlement of Wainui in Akaroa Harbour, a refuge in the midst of World War II. It was here that she produced some of her most accomplished watercolours, small gems where the landscape is so delicately defined it’s as if she painted them whilst looking through a telescope. There are five known watercolours of Wainui and the surrounding Akaroa Harbour from this period and the Gallery is fortunate to hold four of them. 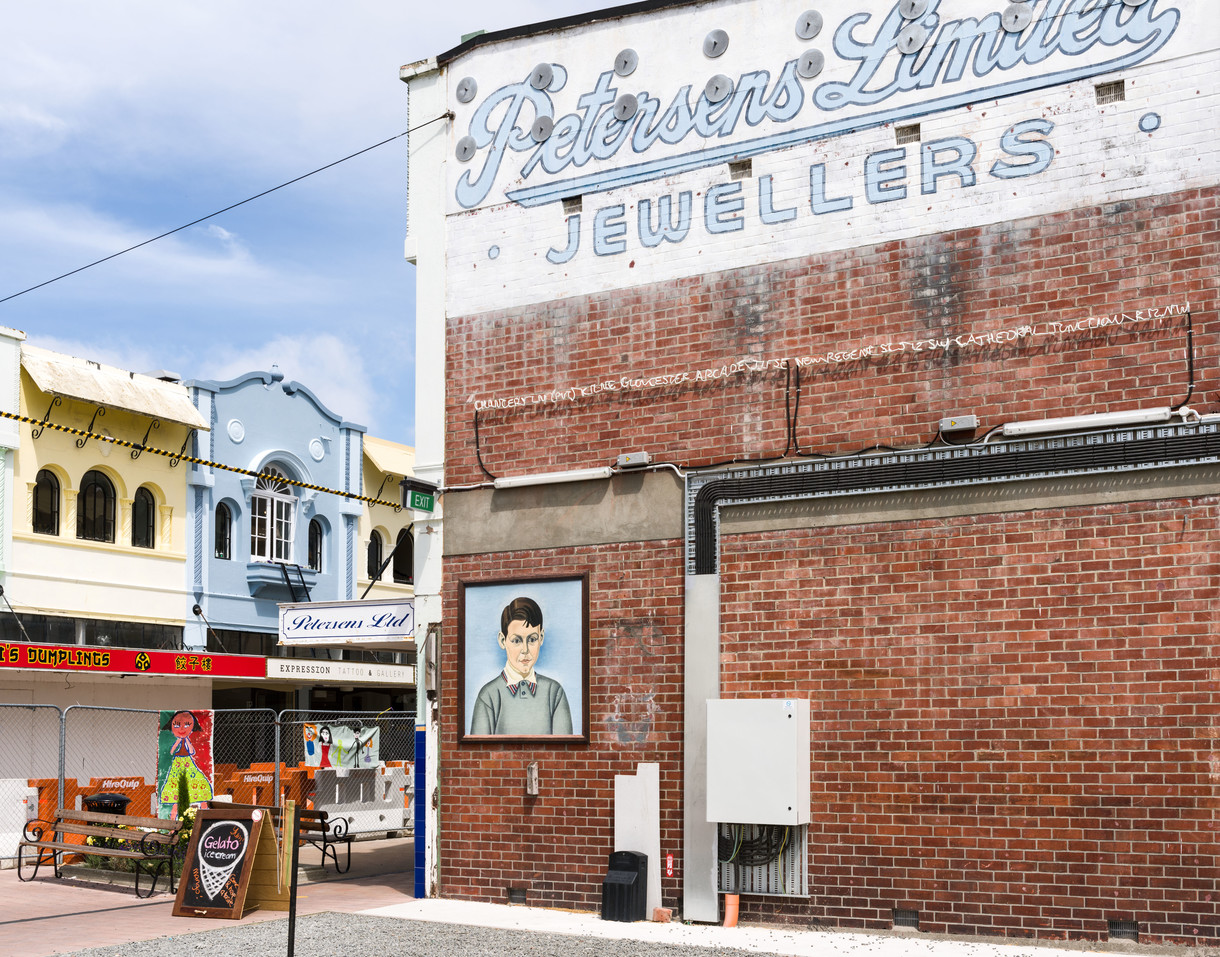 The idea of peppering the vestigial city centre with portraits from the collection became part of the Gallery's tenth birthday POPULATE! programme, intended to remind all of us that the collection is, indeed, still here and in good shape.