While the Gallery remains closed, our Visitor Hosts need to be flexible to host indoors and outdoors (come rain or shine!) at our various 'Outer Spaces'. Here's a glance at where we've been, are, and will be...

From February 2012 to June 2013, we hosted fourteen exhibitions at NG on Madras Street. It was a beautiful building to share with other creative people such as NG Boutique, The National, Nott Architects and Stephen McCarthy Design. A highlight for our hosts was Michael Parekowhai's On First Looking Into Chapman's Homer in July 2012 which we hosted both inside and outside NG, with an amazing 11,424 visitors. Yes, we counted every one of you! 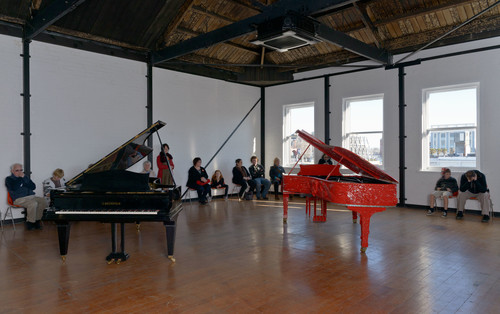 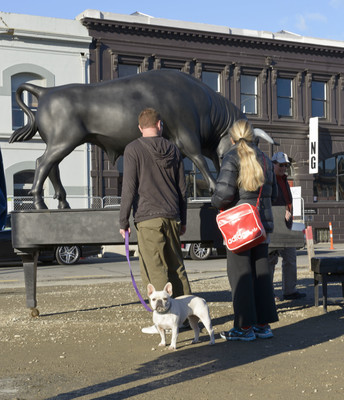 We welcomed another exhibition space in March 2013 on the first floor of the Old Post Office Building at 209 Tuam Street. So far we've hosted five shows here, inlcuding our tenth birthday celebrations in May, and enjoy having The Physics Room above and C1 Espresso downstairs. Come and see our intriguing new show (pictured below) White Collar featuring the work of photographer Yvonne Todd and sculptor Glen Hayward. 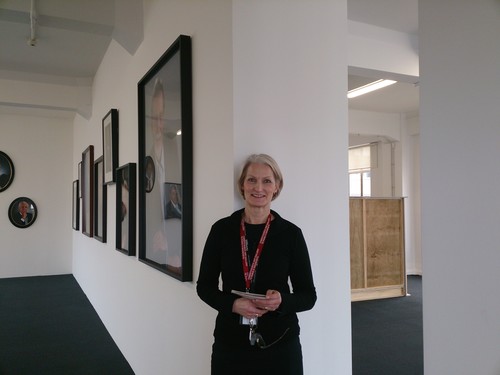 During the Christchurch Arts Festival, we are hosting Chapman's Homer next to the Spiegel tent on Worcester Boulevard. We are enjoying people's reactions and enjoyment in having the Bull on loan again while we fundraise to bring him back for good. We even have specially made t-shirts to wear. 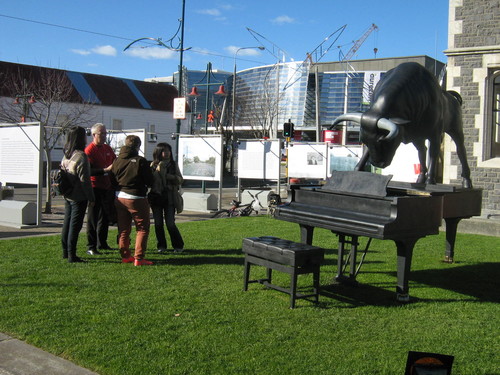 But wait there's more... from 27 September we'll be hosting exhibitions in our very own Artbox on the corner of St Asaph and Madras streets, which is in its final construction stages now. We look forward to seeing you soon! 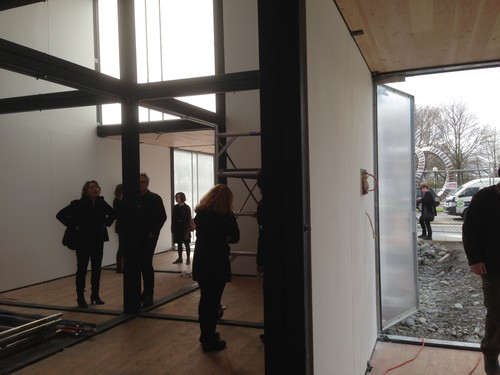 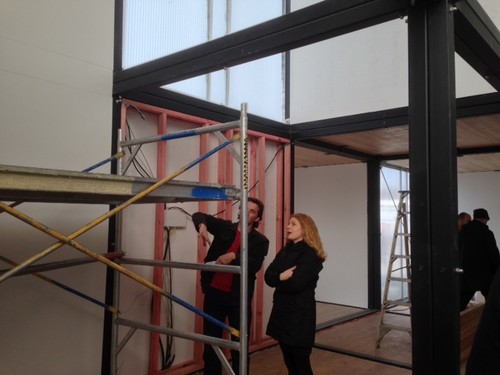