No prizes for spotting connections between Shane Cotton's paintings and New Zealand history.

But with his paintings newly hung in Sydney, at Campbelltown Arts Centre, it's interesting to note some less well-known Australian connections in the works. 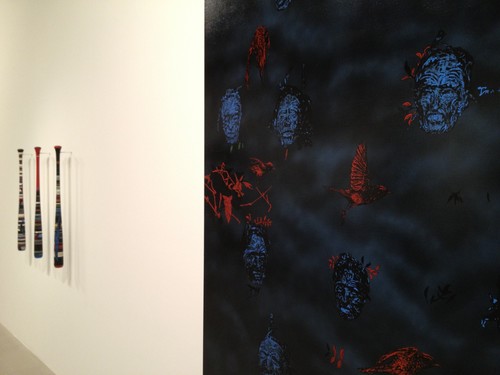 The works Datta and Damyata, for instance... 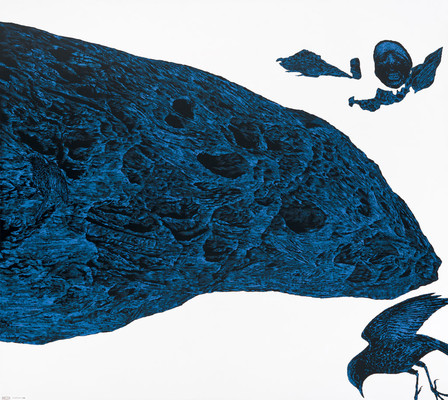 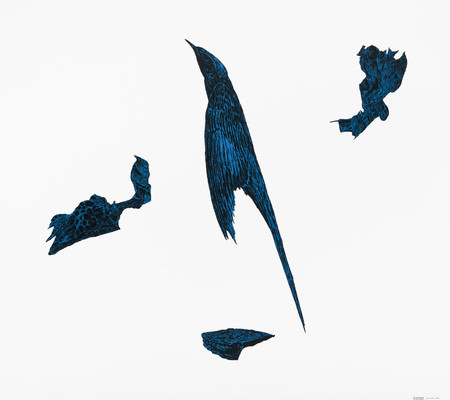 ...are the result of time Cotton spent in residence at Sydney's Artspace in 2008. Removed from his home territory, Cotton began to study the sandstone cliffs around Woolloomooloo. Back in the studio, he started coaxing the forms of birds and skulls from the contours of this landscape. Laid out on pristine white canvases and rendered in near-phosphorescent blue paint, these fragments look like mysterious rocks or mineral samples in a geological laboratory.

There's another Sydney connection to be noted in the mighty title painting The Hanging Sky... 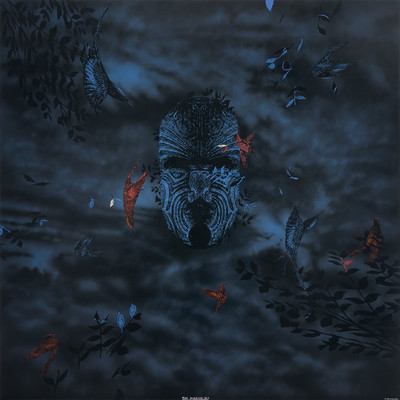 The face within it is a self-portrait carving now in the Auckland Museum, which was made at the bidding of Samuel Marsden by Cotton's Ngapuhi ancestor, the warrior chief Hongi Hika, on a visit to Sydney in 1814.

Nearby in Campbelltown hangs the equally vast and haunting Tradition History & Incidents, with its formation of Toi moko (Maori tattooed heads) drawn from a colonial photograph. 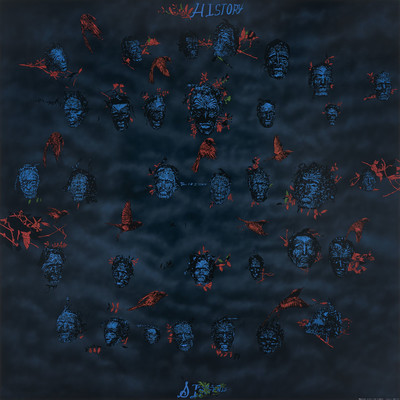 Such heads are currently being repatriated to New Zealand from musuems around the world. As it happens Sydney's Macleay Museum is one of the museums to have recently returned ancestral remains to New Zealand.

Of course, what matters as much as where these forms and faces come from is how Cotton transforms each one – where he takes it. 'I want to see what it looks like in paint', he says. 'I want to see if it becomes something other than what it was.' 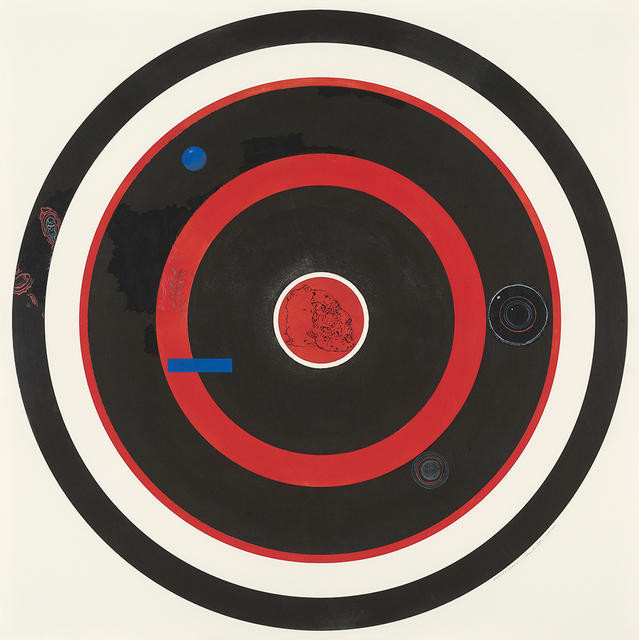 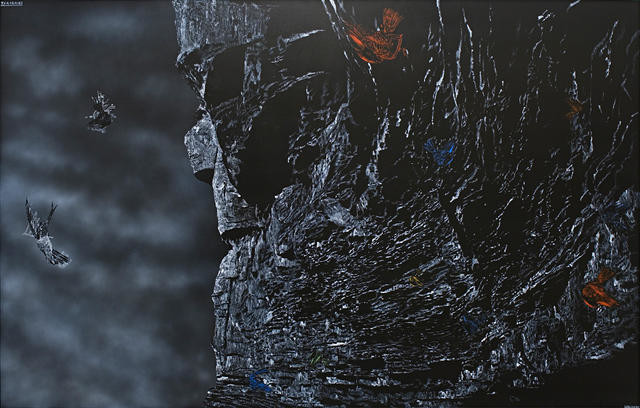