It's difficult not to have one's head filled with buildings right now – and not just because we're working on the edges of the broken town. 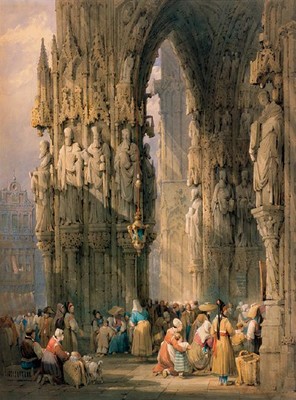 It has become apparent recently that the Gallery's collection is rich in works of art relating to buildings and architecture – evidently an area of ongoing interest for past collector donors and curators. An impressive work bequeathed to the Gallery in 1965 by the prominent Christchurch architect Heathcote Helmore (1894-1965) is a study of the main entrance to the Cathedral of St Peter in Regensburg, by the leading English watercolourist Samuel Prout (1783-1852). If we're seeking grand designs, the painting is a treasure. 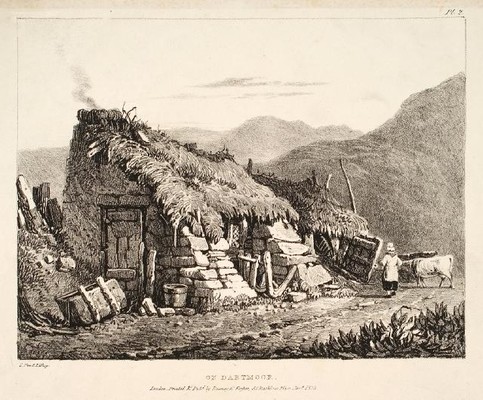 Dig further into the collection, and we find another lovely architectural study by Samuel Prout – a more modest, lithographic work depicting a crumbling hovel on Dartmoor – and the very opposite of European Gothic architectural ambition. I wonder if its inhabitants minded being picturesque – or if they'd sought proper planning permission. 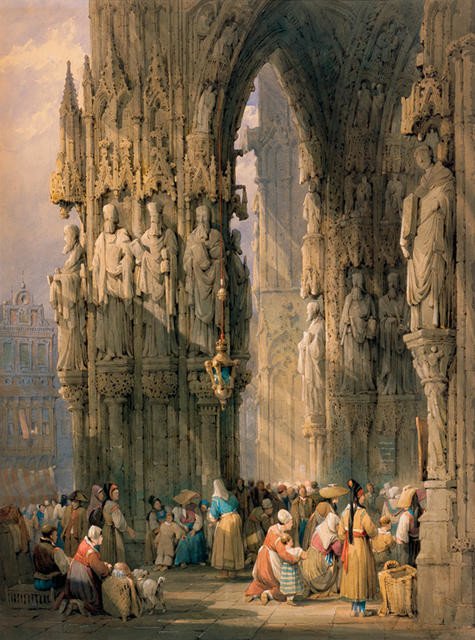 Samuel Prout The Cathedral Of St Peter, Regensburg Porch On The West Facade

Samuel Prout specialised in painting architectural subjects in watercolour. This cathedral is in Regensburg, which stands on the Danube River in Upper Bavaria. Prout has emphasised the height of the highly decorated porch, which contrasts with the colourful worshippers and hawkers who look very small in comparison to the rearing sculptural figures of the saints and apostles.

In 1819 Prout went to northern France. This was the first of many trips abroad, and it was there that he found his style, characterised by the limited use of colour, apart from vivid touches on the costumes of the stylised figures. Prout’s work was popular in its day, and he ranks among artists of the English school of watercolour painting of the early 1800s.

Born in Plymouth in 1783, Prout turned to painting at an early age as he suffered lifelong ill health which prevented him from taking up a more active career. He began exhibiting at the Royal Academy in 1803. 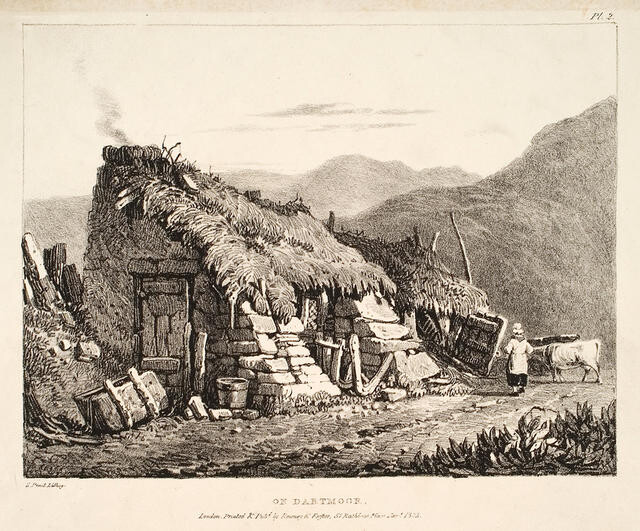