One of the highlights acquired for the Gallery's library recently is this beautiful 1925 Golden Cockerel Press edition of Songs From Robert Burns, illustrated throughout with wood-engravings by Mabel Annesley (1881–1959). 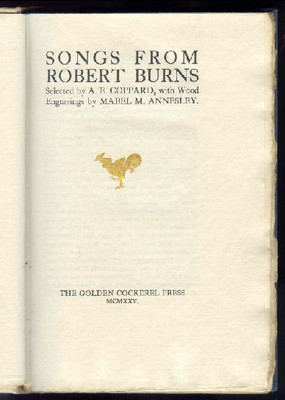 Mabel Annesley is widely regarded as an important figure in the British wood-engraving movement of the twentieth century. During the Second World War she left Britain for New Zealand, settling in Nelson where she continued her practice as a printmaker. She returned home to Britain in 1953. While the Gallery has a strong holding of twentieth-century British wood-engravings – thanks largely to the generosity of Rex Nan Kivell – an example by Annesley is notably absent, making the addition of this book to the library all the more welcome. 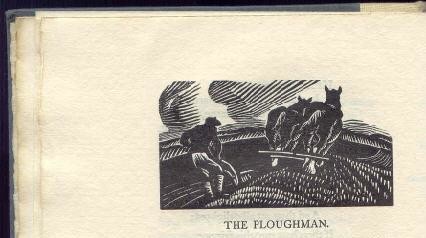