I really enjoy the way in which Fomison seemingly mimics some of the characters found in his own paintings.

Banks Peninsula was one of Fomison's favourite haunts (see his Legend of Murihaka in the Gallery's collection) and has long been a favoured retreat for the citizens of Christchurch. This is perhaps truer than ever at the moment, given the huge quantity of traffic heading over to the Peninsula from Christchurch on Queen's Birthday Weekend – no doubt people seizing the moment to take a much needed break from the city. 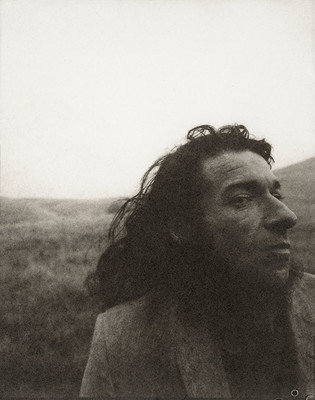 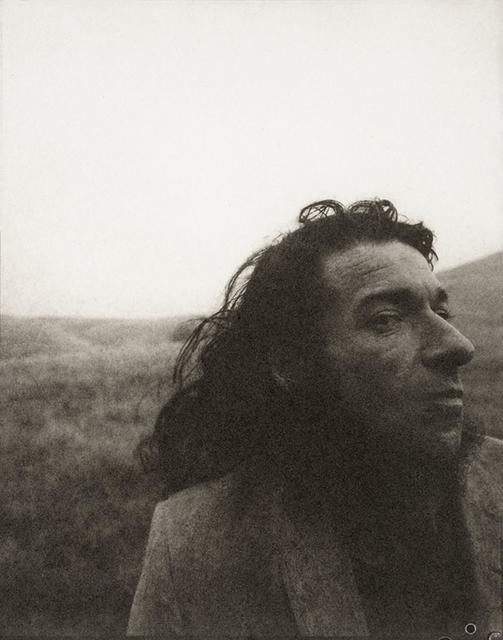 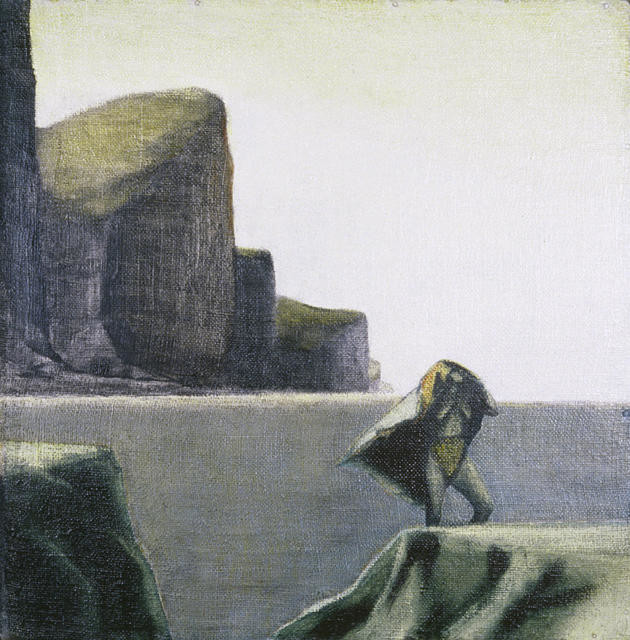 In the 1950s Tony Fomison developed a close relationship with a group of Maori living near Lake Wairewa (Forsyth) on the road to Akaroa. Although Legend of Murihaka was painted later, when he was living in Auckland, it is the Banks Peninsula landscape that features in this work.

Legend of Murihaka is typical of Fomison’s intense paintings, which are characteristically dark, with simplified forms and dramatic compositions. On the coarsely-textured canvas Fomison has wiped the paint from the surface, leaving only faint stains of colour to create strong contrasts between light and shade.

Fomison was born in Christchurch. He studied sculpture at the University of Canterbury and later travelled on an Arts Advisory Board grant to England and Europe to study the Old Masters. He moved to Auckland in 1973. There he continued his lifelong interest in Maori and Polynesian cultures, which he often incorporated into his work. In 1985 Fomison was the first recipient of the Rita Angus Fellowship. He exhibited throughout New Zealand.