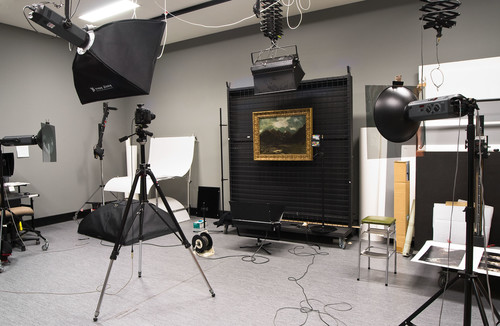 John is photographing the works digitally and on film, with and without frames and under various lighting conditions. The results are then scrutinised to find the best images. From what I've seen so far they're going to look great on the page.

How do you capture the experience of standing in front of a painting in a photograph? The surface and texture of a work of art are often an integral part of the experience – the way the light reflects off heavy impasto brushstrokes, the depth suggested by the shapes of the layers of underpainting. But these can be tricky to catch in a photograph, and often they just don't ‘feel' right. Van der Velden's series of works depicting the Otira Valley are just such a challenge. Dark and turbulent, they contain oily dark areas of rich texture – often achieved by mixing bitumen in with the paints. 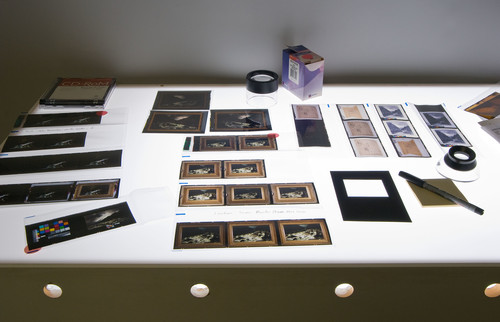 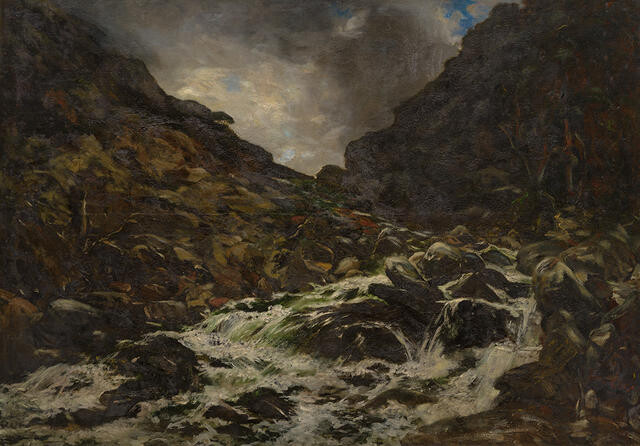 The Rotterdam-born Petrus van der Velden arrived in New Zealand in 1890. Following his first visit to Otira Gorge in January 1891, he became engrossed with this subject, and painted its powerful, surging torrents many times over the next two years.

This painting was purchased by Gilbert Anderson, a leader in New Zealand’s frozen meat industry, also involved with the Canterbury Society of Arts. Anderson sold it to the Society in 1912; it was purchased from them in 1996 through the Community Trust and Christchurch Art Gallery Trust. 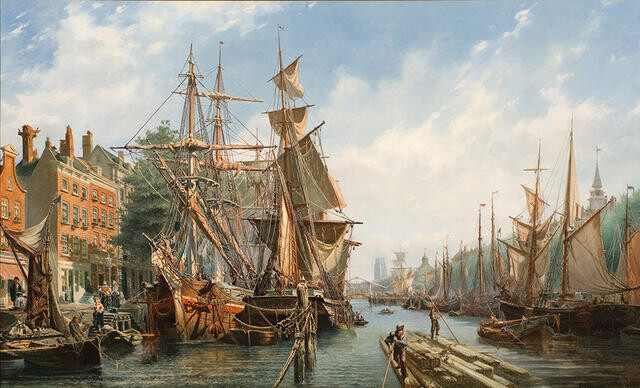 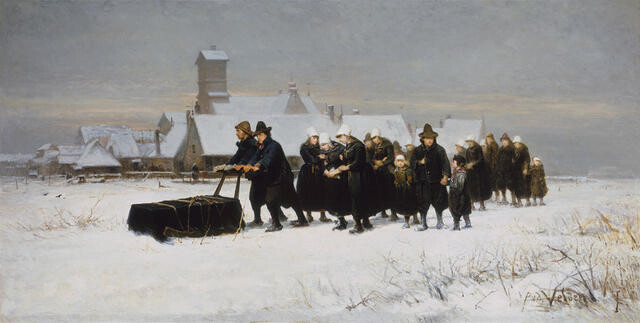