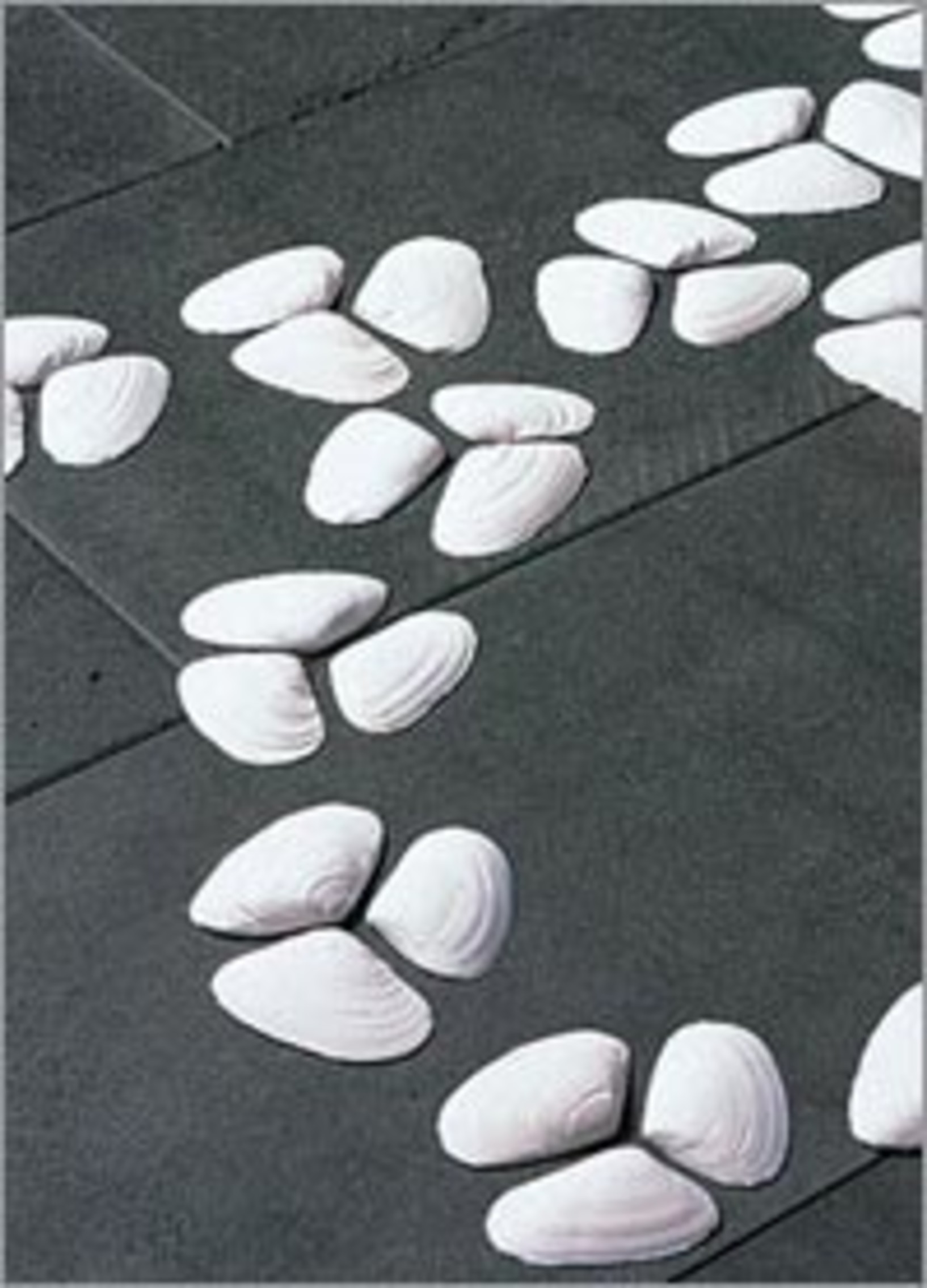 A unique sculptural installation drawn from the local natural environment.

The Tracks of Time and Tide

The strong lines and granite surfaces of the Christchurch Art Gallery Te Puna o Waiwhetū will provide a dramatic setting for a new sculptural installation that explores Canterbury's unique coastal environment and the changes wrought by time, tide and human visitation.

In Making Tracks, which opens at the Gallery on Friday, Canterbury artist Judy McIntosh Wilson uses organic materials found on the beaches of Waikuku to examine the cycles of seasonal change and the forces that shape an environment. The installation combines found objects, such as shells, driftwood and grasses in floor patterns and sculptural works that reflect the flow of the tide, patterns of growth and decay, and the tracks made by humans and animals.

'The work is about contrast,' says Judy McIntosh Wilson, 'putting organic materials in an art gallery space – I feel it makes a much stronger statement, it could be called an interruption.'

Creating art works out of nature has long been a part of Judy McIntosh Wilson's practice. Graduating from the University of Canterbury School of Fine Arts in 1958, Wilson has worked successfully as a fibre artist and sculptor, exhibiting regularly in New Zealand and internationally since the 1970s. Two Craters (1994), a permanent commission for the Krakamarken Nature Art Park in Denmark, and her exhibitions, Earthwalk: A Survey (1981–8), Tall Poppies (1994) and Making Tracks are all examples of the artist's combination of the art of collection with an appreciation of the natural environment.

Judy McIntosh Wilson says her fascination with the marks left on the beaches near her North Canterbury home, which she has studied, photographed and drawn over many years, is central to Making Tracks.

'I started recording at the beach, all the marks made by nature, humans, machines – I am interested in the form of natural objects found there and the fact that they are living, organic,' says Judy McIntosh Wilson.

The temporary nature of the exhibition, which has been created specifically for the Gallery, is a vital aspect for the artist, reflecting the way time changes the environment.

'The interest and challenge of ephemeral work is in doing it,' says Judy McIntosh Wilson. 'I enjoy creating an atmosphere in place and time and then it gets taken away.

'It's so much my life, the seasonal changes and yearly patterns.' 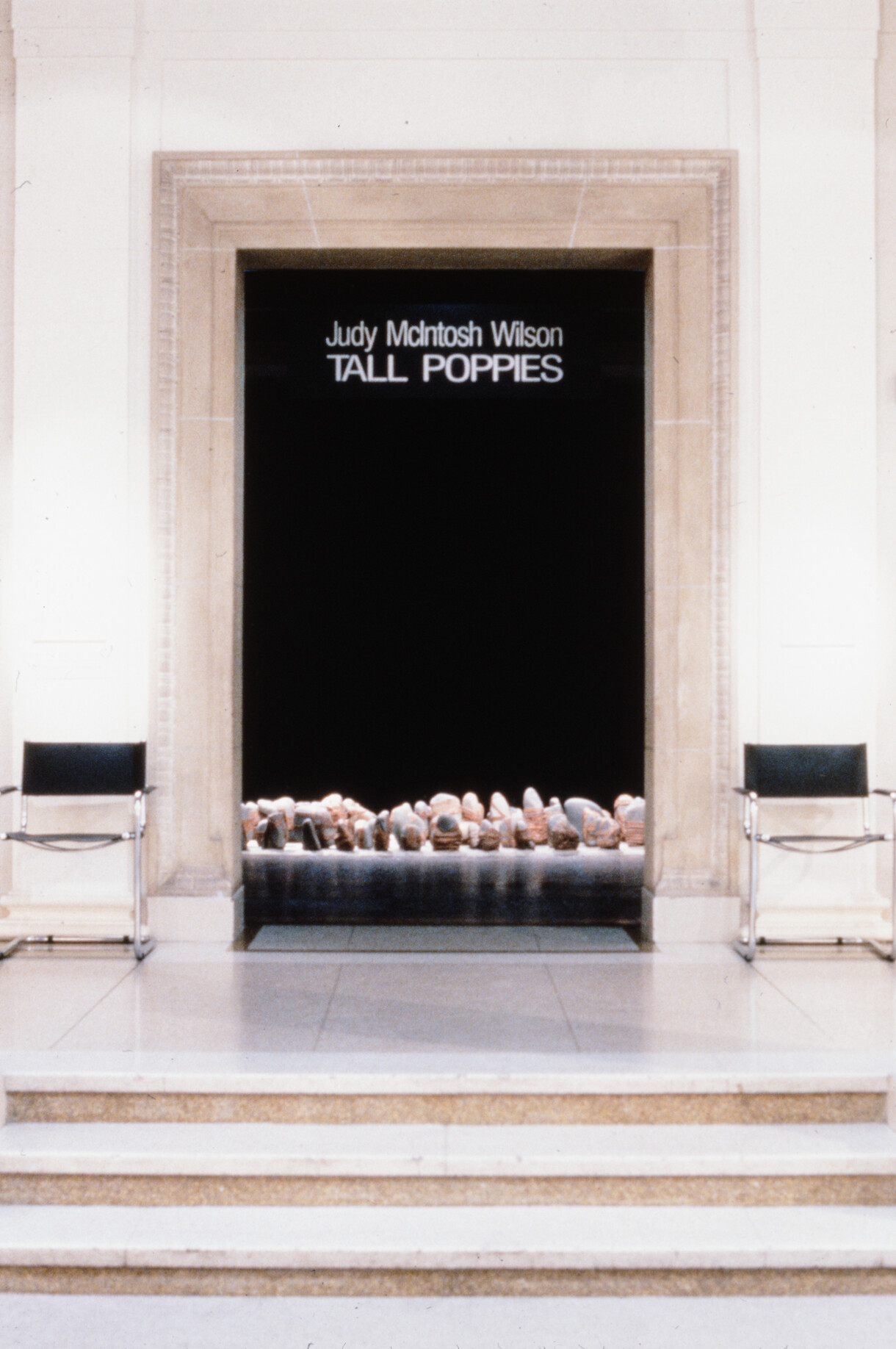