This is an installation by the well-known Canterbury artist Judy Wilson.

Speaking about the work she says: 'Tall Poppies grew from my love of the land; of Canterbury and the evolution of the plains. It also grew from my wry observations of the essentially New Zealand pre-occupation with those who stand tall in our society - our "tall poppies". Through these elements I have explored questions of restriction, freedom and change. Anomaly and paradox are at the heart of this installation.'

In it she uses simple materials from the Canterbury environment. The boulders each with its own form, subtle colour and seaming come from the Ashley and Waimakariri rivers. The strips of elm bark, are from managed cuttings. With their bindings the boulders are deliberately placed like an army marching forward each with its own character, its own systems of imposed controls, and each with its own reactions to these constraints.

Judy graduated in sculpture from the University of Canterbury 1958 and since the 1970s has been active with regular exhibitions in New Zealand and abroad. She is also the recipient of a number of important overseas commissions and her works are held in New Zealand Government collections in Brussels, Bahrain Canberra New York, London, Tokyo and Vienna.

When this exhibition opens in September Judy will have just returned from Denmark. She has been invited as one of six artists from around the world to exhibit during 1994 at a large outdoor sculpture park at Krakamarken. This is great international recognition for an important and unassuming New Zealand sculptor, as we welcome this exhibition of her recent work to the McDougall. 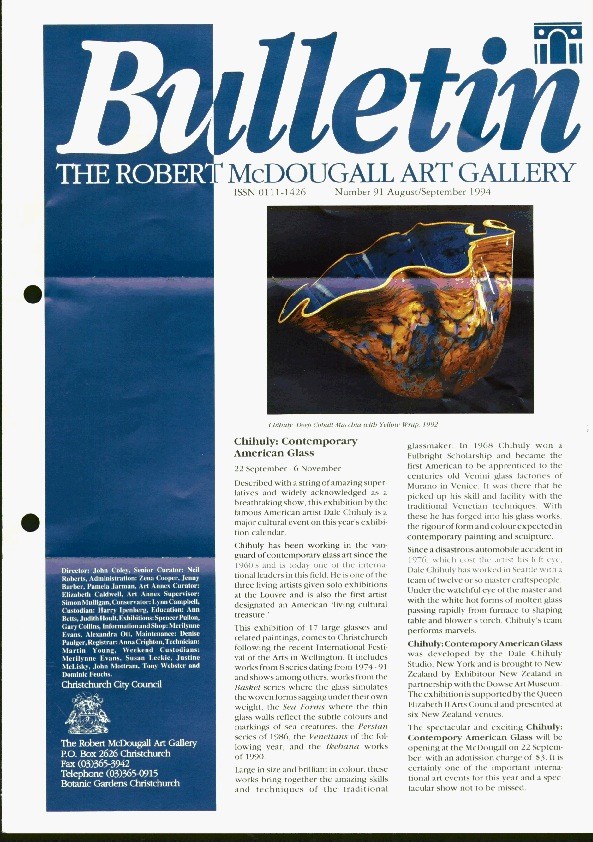 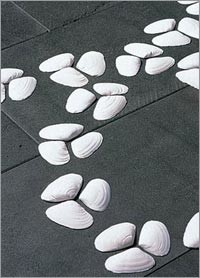 A unique sculptural installation drawn from the local natural environment.