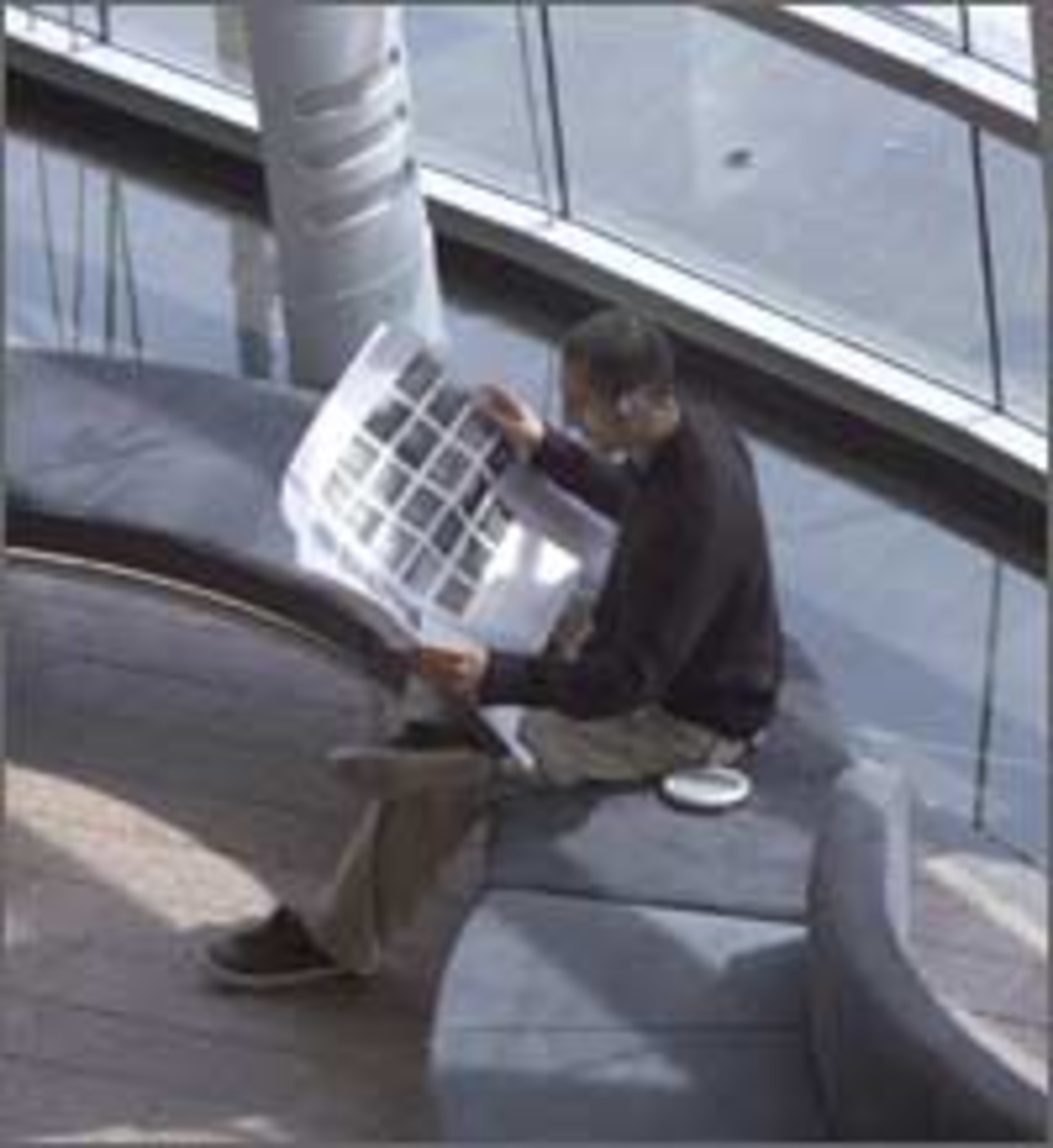 David Clegg's audio work takes the listener on a 'museum tour' of the Gallery.

A museum tour of the imagination

For those whose summer budget does not run to a overseas tour, Christchurch Art Gallery Te Puna o Waiwhetū is about to offer visitors the opportunity to transport themselves to some of Europe's leading contemporary art galleries, as part of a remarkable conceptual art project.

The Imaginary Museum, by New Plymouth-based artist David Clegg, combines a virtual tour of major museums from Finland to France with a walking tour of the Gallery, through the use of a series of listening posts. The project, based in ten sites around the Gallery, is accompanied by a special free newspaper, which includes photographs from the galleries, an explanation of the project and a map of the sites. The Imaginary Museum, which opens at the Gallery on 30 January, is supported by the Adam Art Gallery and Creative New Zealand.

Gallery curator of contemporary art, Felicity Milburn says each listening post features comments from directors and curators of the museums about different aspects of their buildings, divided into subject groups – such as ‘stairs' or ‘entrance' – and located at the corresponding location in the Christchurch Art Gallery.

'The visitor is looking at parts of the Christchurch Art Gallery, but hearing voices discuss a similar feature a world away,' says Felicity Milburn.

'This experience is intended to temporarily disorientate the participant, inviting them to access an imaginary space, but also encourage them to look closely at parts of the building they may otherwise have ignored.'

David Clegg's practice is centred around the act of collection and the various objects and architectural details found within the museum environment. He has exhibited extensively, in New Zealand and internationally, since the 1980s. This is the third instalment of The Imaginary Museum, which has appeared in different forms at the Adam Art Gallery, Wellington, and the Govett-Brewster Art Gallery, New Plymouth.

'Hearing people speak about the highlights, peculiarities and even unexpected problems associated with their own building will provide insights into the issues involved in building and working in an art museum,' says Felicity Milburn.

'The Imaginary Museum is particularly appropriate for a gallery as new as ours, which many local people are still discovering and exploring, offering an unusual and rewarding tour.'

'The project also demonstrates the connections between the Christchurch Art Gallery Te Puna o Waiwhetū and its international counterparts in Europe.'