The principal aim of the Cranleigh Barton Drawing Award is to recognise excellence in drawing, and to raise the status of this skill within visual arts education and practise. The award takes its name from the Canterbury watercolourist Cranleigh Barton (1890-1975) who left a sum of money to fund a drawing award when he died. Barton was born in Feilding and educated at the Huntly district school, in Marton; Wellington College and Victoria University where he received three Turnbull Scholarships and graduated with a Bachelor of Law degree in 1912. His interest in art began early and in 1906, before beginning his university studies, he attended art classes as a pupil of Maud Kimbell (Sherwood) at Wellington Technical College.

During 1913 Barton travelled in Europe, returning to New Zealand just before the outbreak of World War I. Throughout this time Barton continued to be active as an artist and in 1919 he became a working member of the New Zealand Academy of Fine Arts. In 1924, encouraged by the Australian artist Daryl Lindsay, Barton commenced studies at the Slade School in London where he was taught by Professor Henry Tonks and Wilson Steer. Barton successfully exhibited whilst in London and continued to do so in Christchurch on his return in 1930. Throughout the following decades he travelled overseas on painting excursions and exhibited regularly.

Upon his death Crainleigh Barton bequeathed a large proportion of his watercolours to the Canterbury Museum, which today has the largest holding of his work. His work can also be viewed in the collections of the Hocken Library, Dunedin and the Alexander Turnbull Library, Wellington.

The Cranleigh Barton Drawing Award, held biannually, began in 1993 when it was won by Michael Dell with his work Spoerri's Table. The successful entrant this year will receive $2000, awarded for a work judged to have the greatest merit, communicating through drawing an informed and original visual sensibility.

There will also be two merit awards of drawing materials to the value of $500 each. The winners of the awards will be announced at the opening of the exhibition of selected award entries held at the Art Annex on 6 July at 5.30pm.

The award is open to amateur and professional artists over 18 years, with drawings completed in the last 12 months. Entries closes on Friday, 6 June 1995.

An exhibition of the award finalists and winning drawings will be held at the Annex 7 July-6 August with a special opening function 5.30pm, 6 July.

This exhibition was held in the McDougall Art Annex in the Arts Centre. 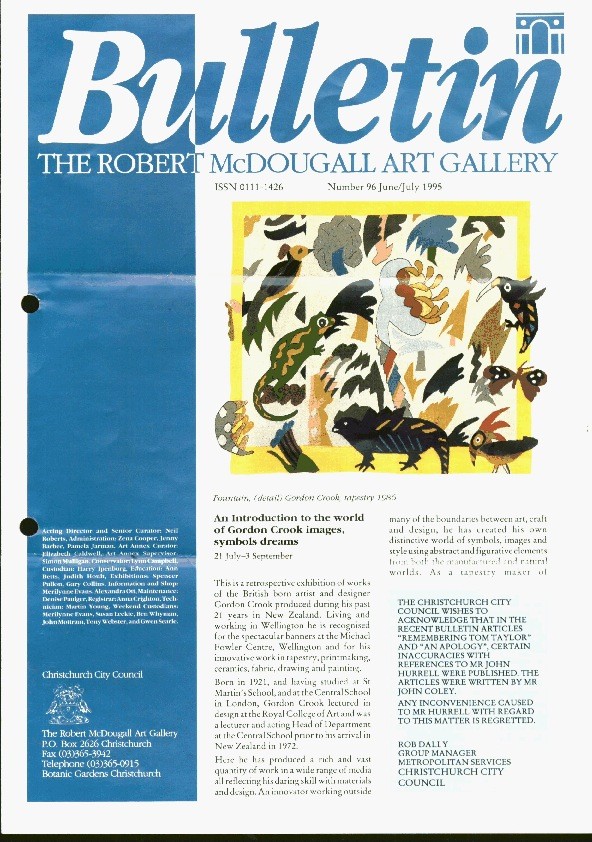 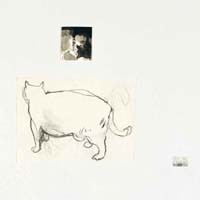 An exhibition of short-listed works from New Zealand's most prestigious drawing award.

The finalists of the Cranleigh Barton Drawing Award 2003.

Artists from around the country were recently invited to submit drawings (in any graphic medium on paper no larger than A1 size) for the biennial Cranleigh Barton Drawing Award.