This scene, popular today as it was in the 19th century, looks down onto Akaroa Harbour from above Barry’s Bay. John Hoyte visited the Canterbury region several times and is known to have visited the Akaroa area in January 1875. Hoyte regularly travelled throughout New Zealand on sketching trips and would later produce his highly finished watercolour paintings in his studio. He would often move features of a landscape to achieve a more ideal result. This can be seen in Akaroa Harbour where the true layout of the harbour is misrepresented. Hoyte was born in Britain, where he received his art training. In 1861 he and his wife emigrated to Auckland where he was the Drawing Master at Auckland Grammar School. In 1871 Hoyte helped to organise the first exhibition of the Society of Artists in Auckland. In 1876 he moved to Dunedin to paint full-time and in 1879 he moved to Australia. Hoyte was the first president of the Art Society of New South Wales.

This scene, popular today as it was in the 19th century, looks down onto Akaroa Harbour from the Hilltop above Barry’s Bay. The tear drop shaped peninsula, known as Onawe, extends out into the Harbour and featured a large fortified pā in the early 1830s. This was established by Peninsula Māori led by Tangatahara around 1831 to defend themselves against the Ngati Toa leader Te Rauparaha and his forces from the north. The pā was sacked and nearly all the inhabitants were either slain or taken prisoner.

John Hoyte travelled to Banks Peninsula in January 1875 where he painted several views. On his return to Christchurch he held a popular exhibition of his work at the Warner’s Hotel in Cathedral Square. 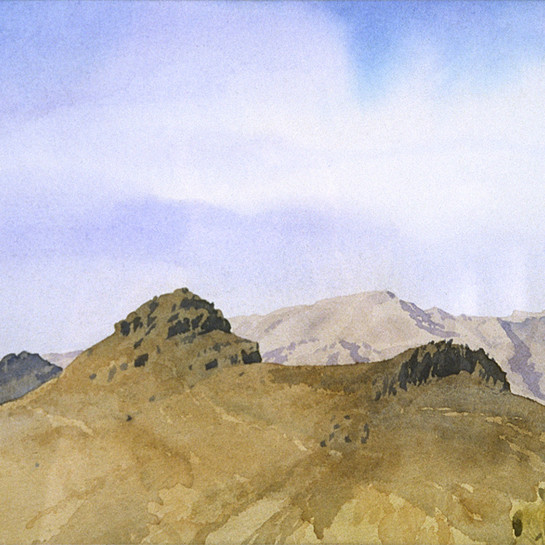 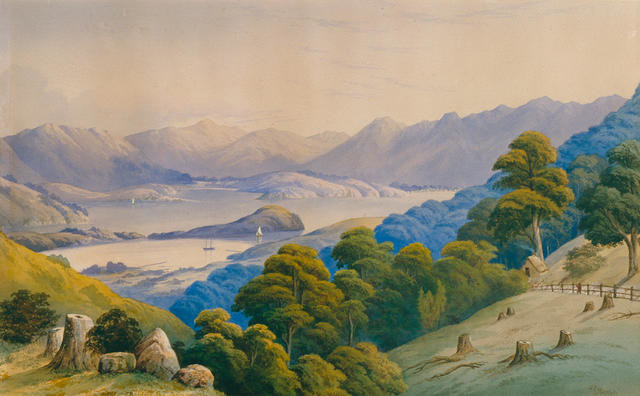 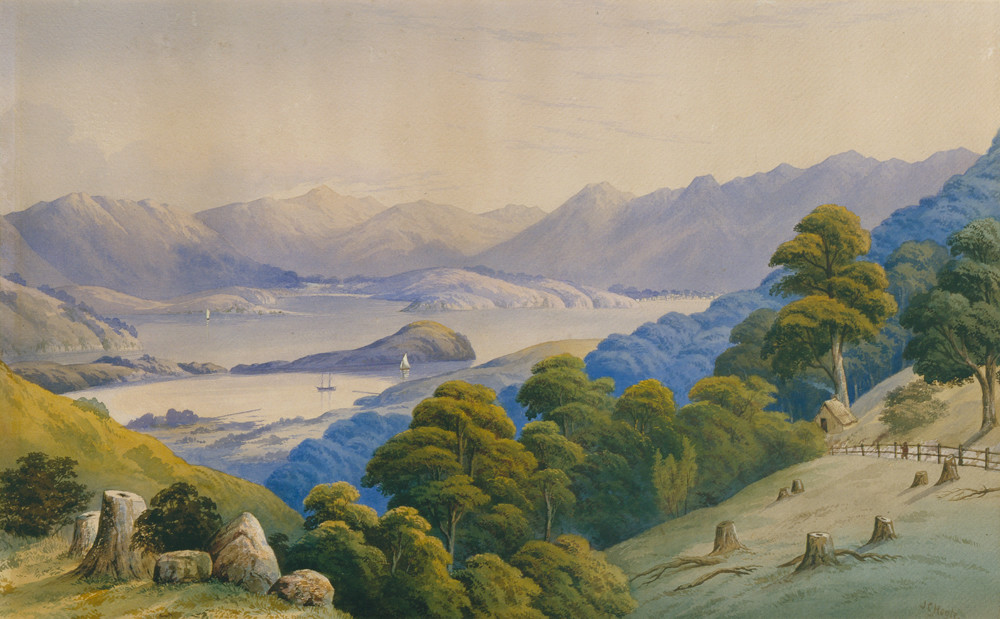 A view from the Hilltop

A quick trip to the Akaroa Museum yesterday reminded me that the view overlooking Akaroa Harbour from the hilltop is still as breathtaking today as it was when colonial artists chose to paint the scene in the nineteenth century.