John Gully arrived in Taranaki in 1852 and eventually settled in Nelson. He became one of New Zealand’s most popular artists and was often referred to as the ‘New Zealand Turner’ in comparison to the great English romantic painter William Turner. Gully’s standing as an artist in colonial New Zealand was summed up by his obituary in Christchurch’s Press. This colony has had no more worthy exponent of her beautiful scenery than Mr John Gully. He was the acknowledged head of landscape painters in the colony, his pictures being characterised by a great fidelity to nature as well as a thorough mastery of technique. He was particularly happy in reproducing the wonderful atmospheric effects so characteristic of New Zealand. He was, in short, thoroughly imbued with the spirit of the country and its scenery, and caused it to breathe through his pictures... 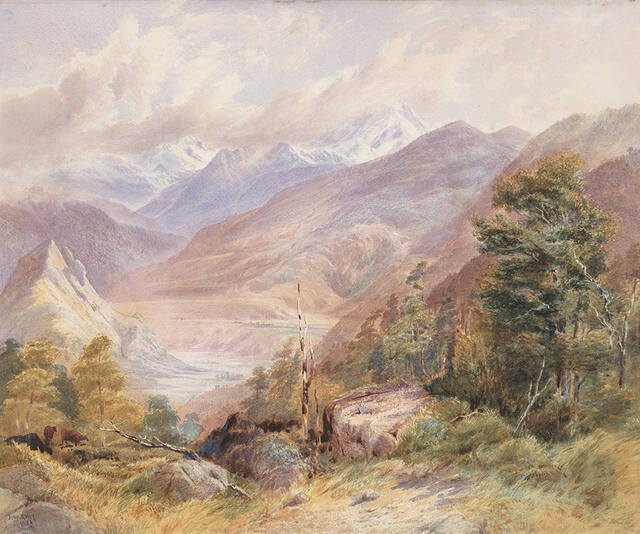