Henderson’s Gillies Avenue home was built within a stand of native forest clinging to the lower slopes of Maungawhau Mount Eden. Its trees and shrubs rose up on three sides around her studio, placing her at the centre of the bush. She co-opted this viewpoint for many of her paintings from the 1960s and 1970s, in which ferns, branches and trunks seem to surround the viewer, creating a lush and immersive atmosphere. Henderson was especially attracted to the intricate patterns of light and shadow she experienced in the Waitakere Ranges, and the influence of the tropical vegetation she encountered during her regular visits to Rarotonga is also apparent in her work from this period. 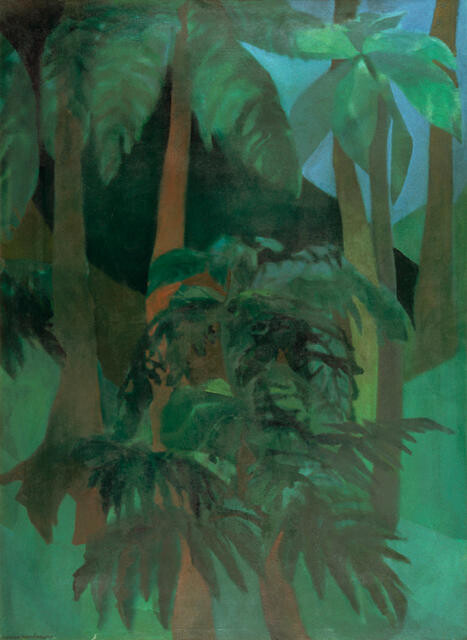