Many of New Zealand’s early artists, including Edmund Norman, were surveyors. It was an occupation that required the ability to draw accurately, something Norman excelled at. He was one of the best draughtspersons to work in Aotearoa New Zealand during the 1850s and 60s, and his drawings are breathtaking in their detail. Unfortunately Norman had a drinking problem and in the early 1850s was arrested for drunkenness in Ōhinehou / Lyttelton. By the 1860s he was living a reclusive life working as a station hand in the Te Manahura / Mackenzie Country inland from Timaru. One winter’s morning he was found dead on the side of the road near the Burkes Pass Hotel. It was thought that, in a drunken state after a session at the hotel, he had collapsed on his walk home and succumbed to exposure in the cold night air. Legend has it that he had a bottle of whiskey in one pocket and sketchbook and pencil in the other. His drawings of both Ōhinehou / Lyttelton and Te Manahura / Mackenzie Country remain some of the most accomplished images of the province from this time. 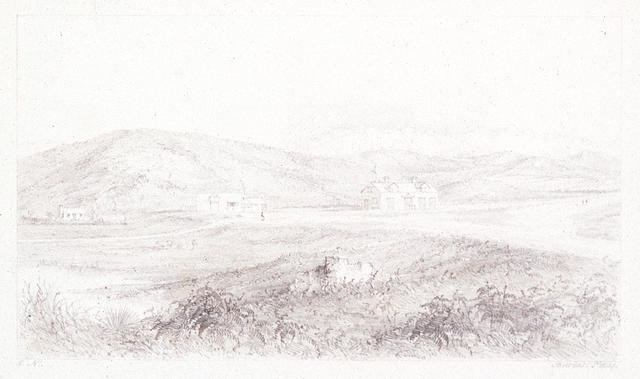