This painting may depict Putauaki / Mount Edgecumbe in the Bay of Plenty. 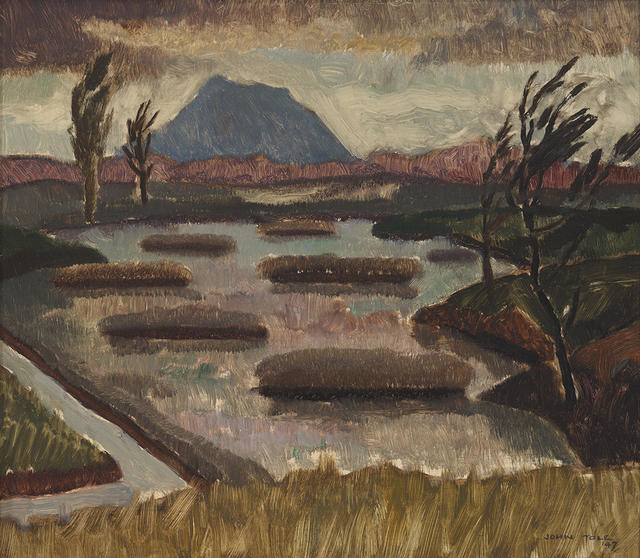