Ronnie van Hout’s photograph was part of a series included in the ‘Hangover’ exhibition of 1995 that presented work by artists interested in ‘trash culture’. In a monumental style, the word ‘undead’ casts a morbid presence across the slightly out of focus landscape infused with green light.

Van Hout’s work often contains satirical aspects and there is a B-grade horror movie quality to this image. It combines references to rock music, comic books, television and the mindset of subversive, gothic youth culture.

Van Hout studied at the University of Canterbury School of Fine Arts from 1980 to 1982. In 1994 he was granted a studio residency through the ELBA Art Foundation in Holland, and in 1996 he was artist in residence at the Govett-Brewster Art Gallery. Van Hout has received a number of grants from the Queen Elizabeth II Arts Council and was awarded a Creative New Zealand Fellowship in 1996. He is represented in both private and public collections in New Zealand and Australia. 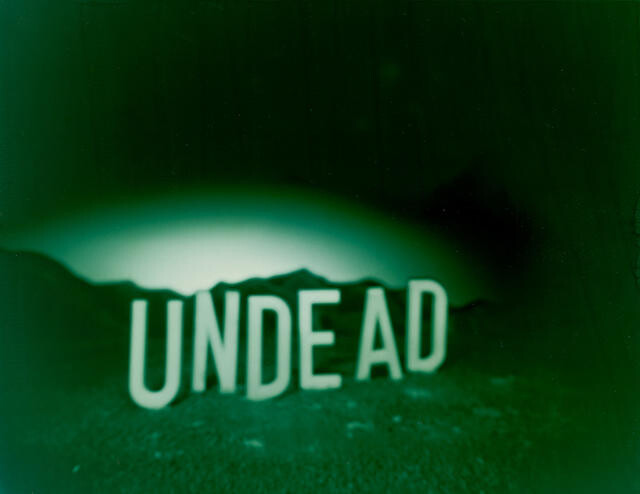