Maurice Askew’s contribution to the cultural life of this country includes his role as a senior lecturer at the University of Canterbury’s School of Fine Arts from 1962 to 1981. In supporting a generation of students, his achievements included establishing early an up-to-date graphic design course, and seeing film and photography being made independent subjects. Askew was born in Redditch, near Birmingham, England in 1921, and his life was filled with much that was noteworthy. In 1944, aged twenty-two, he became a prisoner of war after being shot down during a bombing mission over Leipzig. After the war’s end, he studied and taught in Birmingham; from 1956 he worked in Manchester with Granada Television, designing sets for new programmes such as Coronation Street. These exquisite paintings in watercolour attest to the affection he retained for Britain’s industrial north. 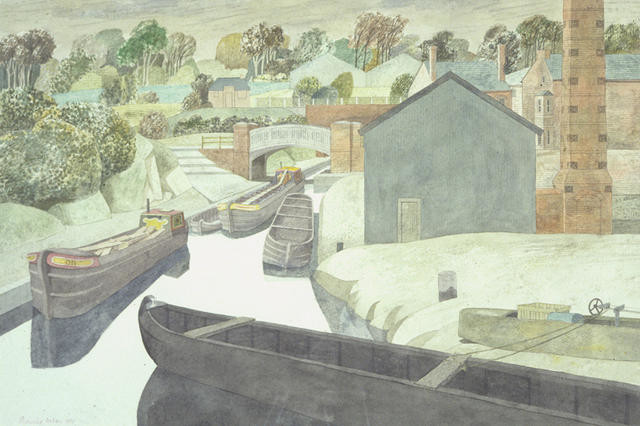 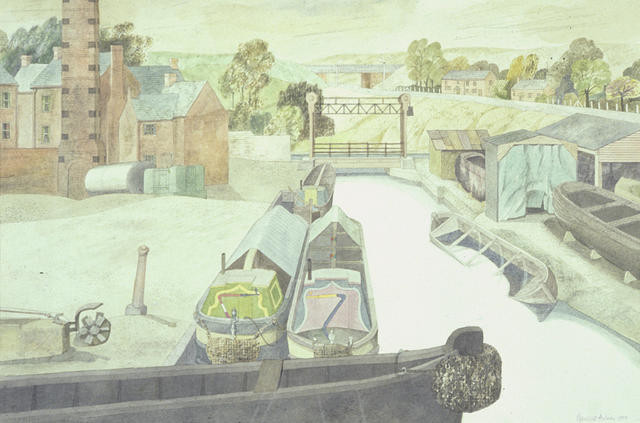