One of Australia’s most renowned artists, Ken Unsworth has established a successful career since completing his art studies in the early 1960s. He has worked with many different mediums, including sculpture, performance, painting, drawing and installation. Titled Villa des Vergessens (Villa of the Forgotten), his five prints in the Aus Australien suite convey a sense of emptiness – not only in the dark and bare rooms depicted in each image, but also in the uncomfortable awkwardness between the two figures. A psychological drama is played out in each work, with the figures’ emotional disconnection creating a heavy sense of melancholy. 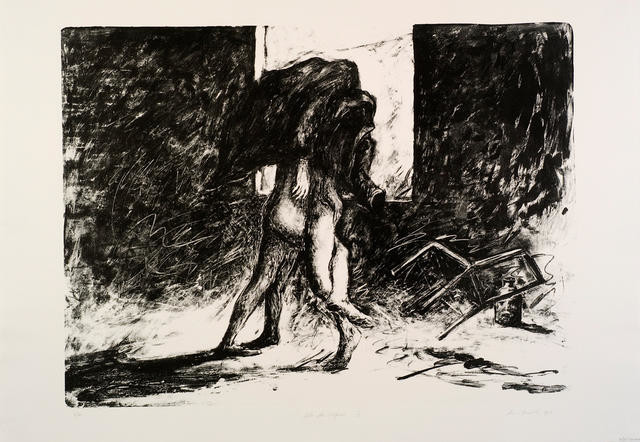 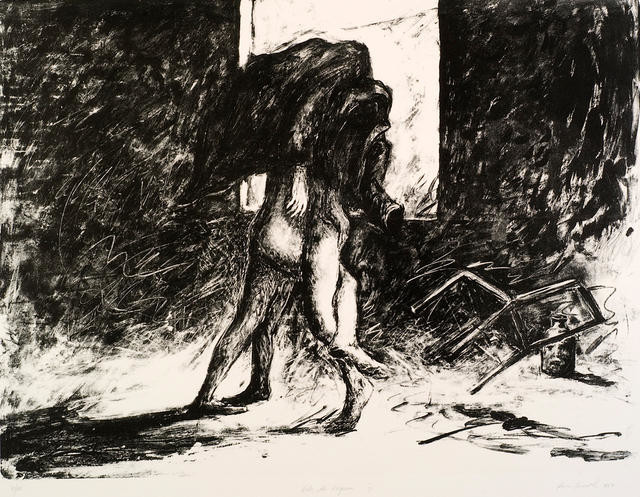