In 1929-30 Olivia Spencer Bower travelled widely throughout England, Scotland and Ireland, and at one point hired British artist Dod Procter’s studio in Cornwall, where she painted alongside fellow Christchurch artist Mary Hogg. 'Mousehole' highlights Spencer Bower’s growing confidence and ability with watercolour – she was no doubt buoyed by her travel experiences and recently completed studies in London. Controlled washes of colour are expertly laid down in a slightly decorative, stylised manner. Born in England, Spencer Bower was the daughter of the British artist Rosa Spencer Bower. After the family came to New Zealand in 1920 Olivia studied at the Canterbury College School of Art, then at the Slade in London in 1929. In 1931 she returned to New Zealand and devoted her life to painting. In her later years, she established a foundation that finances an annual scholarship that enables an artist to work full-time for one year. 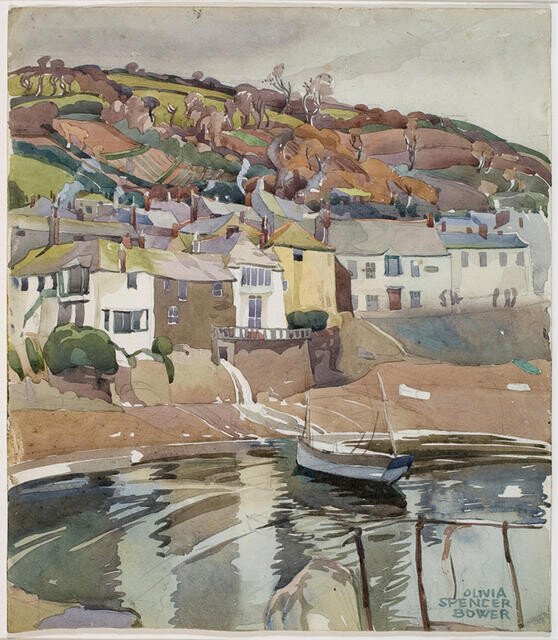