Alan Pearson was living in London at the time he painted this portrait of himself framed by a traditional theatre proscenium arch. He felt oppressed by the social hierarchy of Prime Minister Margaret Thatcher’s England, describing it as like being in “a theatre of earthly conflict”. Pearson’s many theatre paintings arise out of his love of classical music and opera. Here, Pearson has used an austere palette of colours to capture the grey and cold London light but he has applied the pastel in an energetic way that gives the image a dynamic feel. Pearson is one of New Zealand’s most prolific and accomplished abstract expressionist artists. He was born in Liverpool but has lived in New Zealand since 1956. He graduated from the University of Canterbury in 1961 and during 1965 and 1966, following the award of an Arts Council Scholarship, studied at the Royal Academy Schools, London. Pearson has painted full-time since 1978. He is represented in most New Zealand public collections. 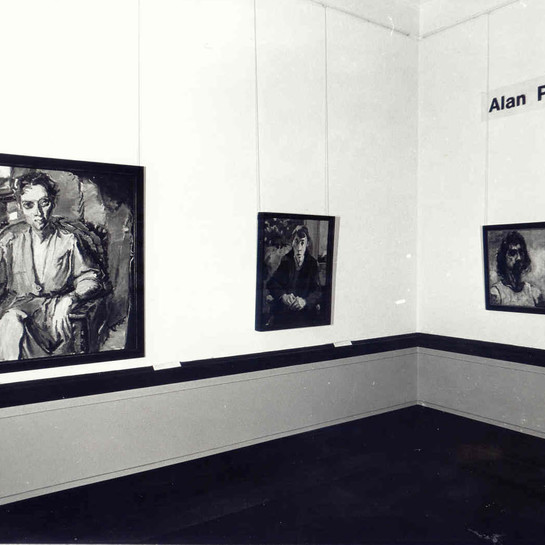 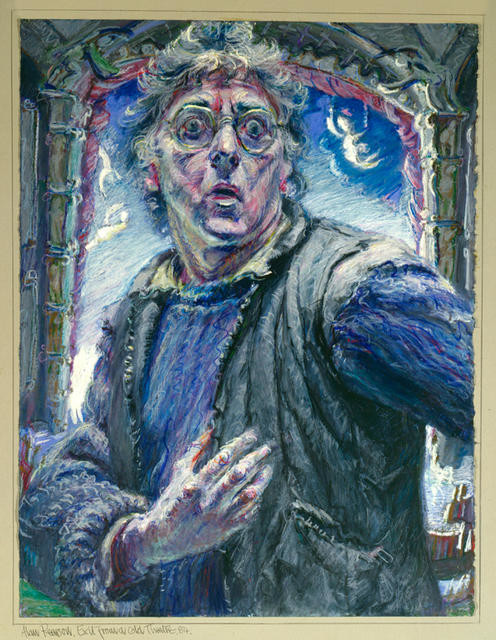