James Cook lived in Gerona, Spain, from 1933 to 1936. He completed numerous drawings and watercolours of the town, including this one of the medieval city wall and the bell tower of the church of St Pere. Cook would have painted this work outdoors directly before the subject, but may have added finishing touches later in his studio. It is a good example of his excellent skills as a watercolourist. Cook was born in Christchurch and studied at the Canterbury College School of Art. In 1925 he was the first recipient of the Rosa Sawtell Travelling Scholarship, which made it possible for him to travel to Europe in 1926. Cook attended a number of art colleges over the next three years, then returned to New Zealand and taught at the School of Art until 1933. He then left Christchurch to live in Spain. Cook moved to Australia in 1942 and taught at the East Sydney Technical College until 1949. He then became curator at the Western Australian Art Gallery, Perth. 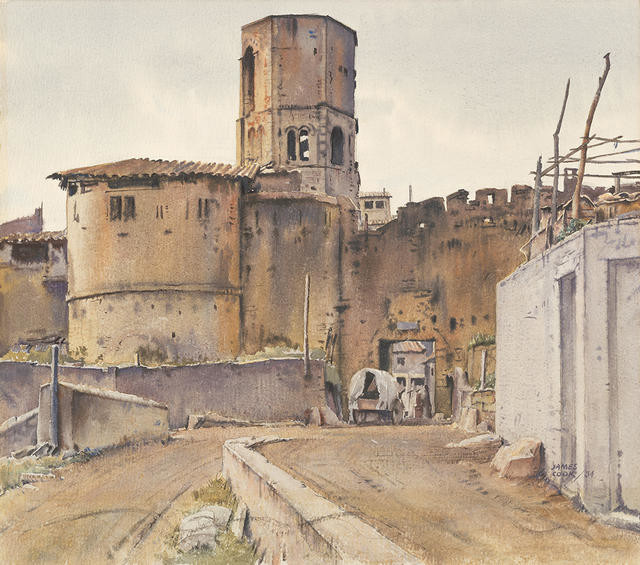 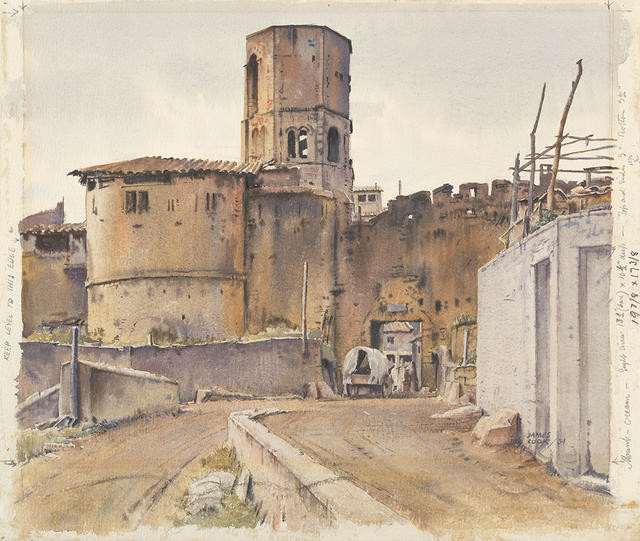