The Huia was sacred to Mâori and only chiefs and people of distinction wore its distinctive tail feathers, which feature a broad white band. The head, beak and skinned birds were also worn as adornments. Demand for huias by Mâori and by European collectors in the late 19th century led to the birds’ extinction. The last officially reported sighting was in 1907. Although she did also work in watercolours, Hilda Wiseman was one of New Zealand’s foremost practitioners of the linocut medium. Her work focused on birds, insects, animals and vegetation unique to New Zealand. Born in Australia, Wiseman travelled to New Zealand with her family when she was very young. She trained at Elam School of Art but received private tuition in illuminated address design. Wiseman started producing linoblocks in 1925 and in 1931 established the Selwyn Studio at her home in Auckland. Wiseman also produced bookplates and was a founder member of the Auckland Branch of the New Zealand Ex Libris Society, established in 1930. 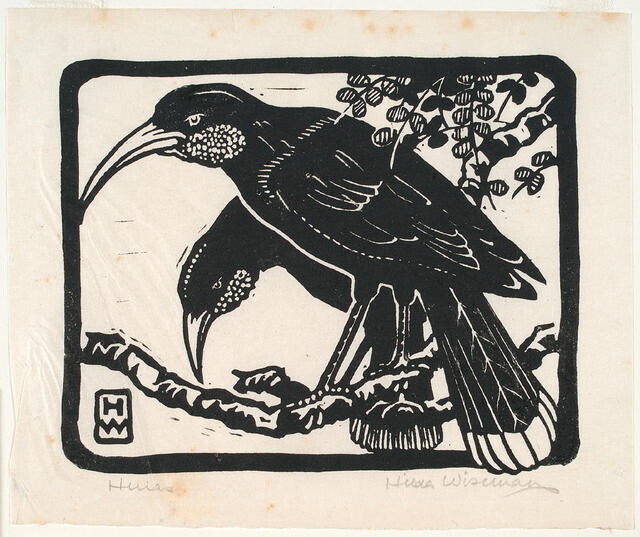