St Bathans is an old mining area in the Maniototo region of Central Otago where William Reed often took painting trips while teaching at the Dunedin School of Art. Derelicts St Bathans has a powerful sense of desolation. The car and building have been abandoned and the dead tree adds to the sense of a barren and bleak landscape. Reed worked in a fairly stylised manner. He acknowledged the influence on him of British artist Paul Nash (1889 -1946), but he essentially developed a unique style of painting in which he was as concerned with attitude as with technique.

Reed was born in Christchurch and studied at the Canterbury College School of Art. He produced poster and book cover designs and illustrations for the publishers Whitcombe and Tombs and also exhibited with the Canterbury Society of Arts and the New Zealand Academy of Fine Arts. Reed painted landscapes and war scenes, drawing on his experiences during World War II. He taught painting, drawing and design at the Dunedin School of Art from 1945 to 1965. 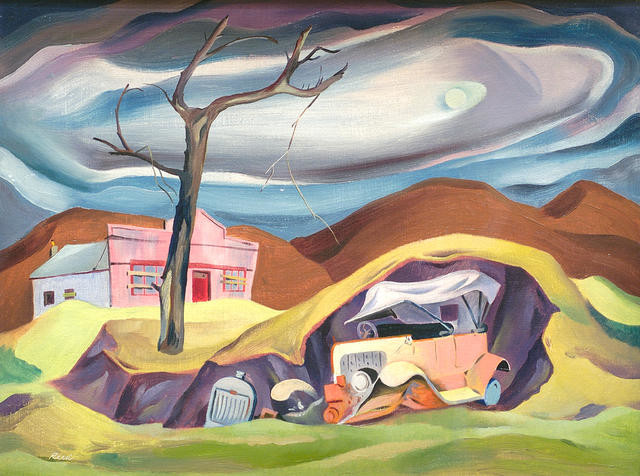 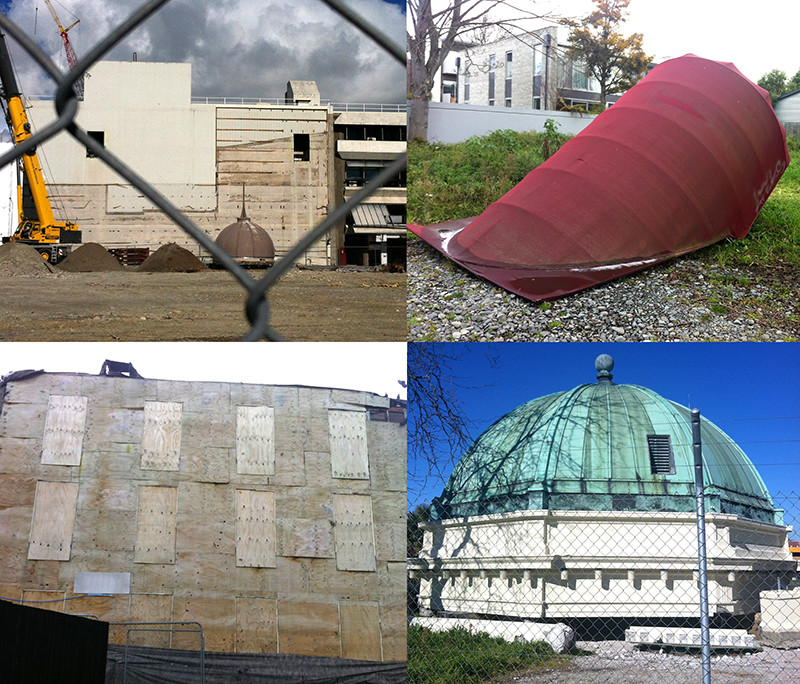 I've been calling it Christchurch's 'everyday surrealism': the commonplace spectacles of life in a post-disaster city. Since the Christchurch earthquakes, the extraordinary has been rendered ordinary by force of daily exposure.