In 1934 Frances Hodgkins settled in the small Dorset village of Corfe Castle, which she continued to use as her base for the remainder of her career. To the Castle, Corfe displays Hodgkins’ loose handling of paint and growing interest in abstraction adopted towards the end of her career. During her late period she began using gouache, which became one of her favoured mediums. Hodgkins was born in Dunedin and was initially trained by her father, watercolourist William Matthew Hodgkins. In 1893 she took classes with G. P. Nerli, and studied from 1895–96 at the Dunedin School of Art. In 1901 Hodgkins left New Zealand to study at the London Polytechnic. In 1903 she exhibited at the Royal Academy, the first New Zealander to have the honour of being ‘hung on the line’. Living in Paris between 1908 and 1912, Hodgkins taught at the Académie Colarossi, the first woman on the staff there. She eventually settled in England, exhibiting with many art groups and galleries, including the Lefevre Galleries in London from 1932. 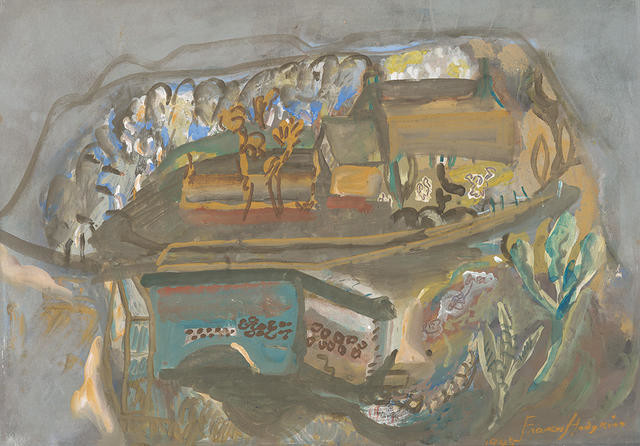 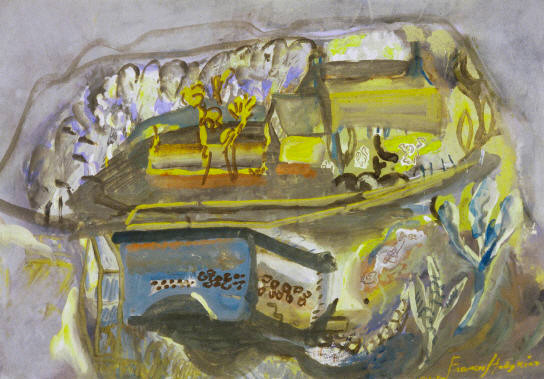 To the Castle, Corfe by Frances Hodgkins

This article first appeared as 'Cultural capital' in The Press on 7 December 2012.