This work depicts the massive granite cliffs on the western most point of the English mainland. Through much of her working life as an artist Eleanor Hughes drew the inspiration for her painting from her immediate environment in the Southwest of England.

Born Eleanor Waymouth, she left Christchurch in 1905 after studying for some years at Canterbury College School of Art. On arrival in England she continued her studies with Frank Spenlove-Spenlove at his Yellow Door Studio in London. However, by 1907 she had been attracted by the ‘Plein Air’ school of Stanhope and Elizabeth Forbes at Newlyn in Cornwall. After her marriage in 1910 to Robert Hughes she remained an expatriate for the rest of her life.

Cliffs Near Lands End was exhibited at the Canterbury Society of Arts in 1929, and purchased for the permanent collection.

Paper Treasures
Expatriates One and All 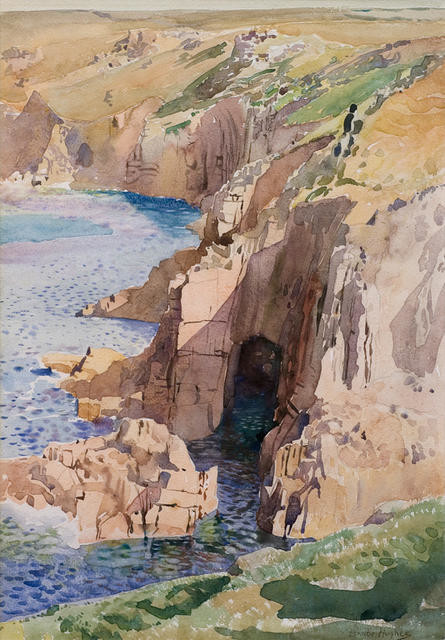