The Aguado collection was sold in 1843 (Times, 1 April 1843, p.5) and the painting depicted in this print is now in the collection of the Musée des Beaux-Arts in Dole, France (inventory number CH 19) where it is recorded as being after, rather than by, Murillo. 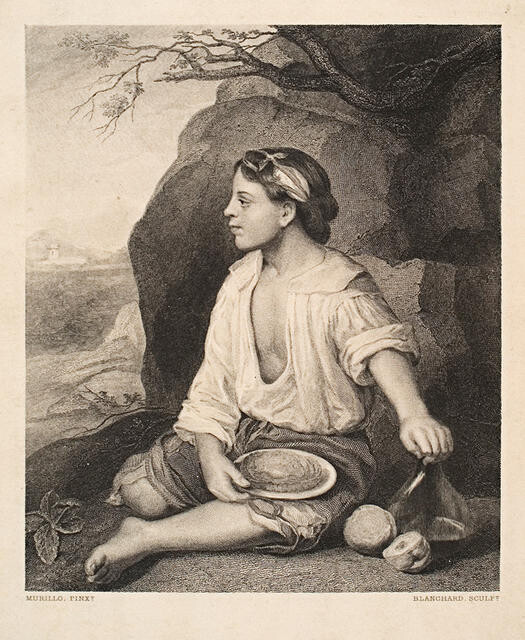