('The Weight of Sunlight, 16 September 2017 - 16 September 2018', where this work was displayed alongside 'Evening, Concarneau' by Terrick John Williams and 'Dock study with Boats' by Charles Henry Fromuth.) 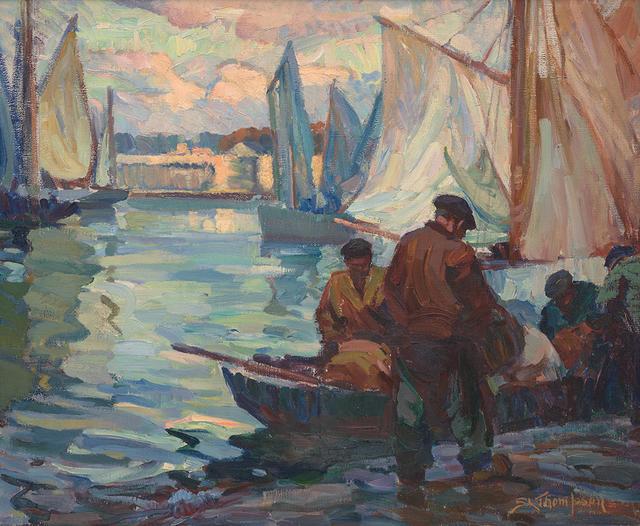