Religious subjects featured prominently in the work of Lois White throughout her career. This work depicts the great flood described in the Bible in which God, being displeased with humankind’s growing wickedness, created a deluge of rain to destroy it. The great flood is a story common to many cultures, and in this work White depicts penitent figures looking heavenwards above the waters while the sinners are washed away by the deluge.

White was born, and lived, in Auckland. She studied at the Elam School of Art under A. J. C. Fisher, who was appointed director in 1925. White began teaching part-time at the school in 1927 and became a lecturer in 1950. In 1948 she was a founding member of the New Group, a collective of Elam teachers and students who resisted the growing interest in abstraction. White showed work in the Women’s International Art Club exhibition in London, which was part of the Festival of Britain in 1951. She retired in 1963 but continued to exhibit with the Auckland Society of Arts until 1979. 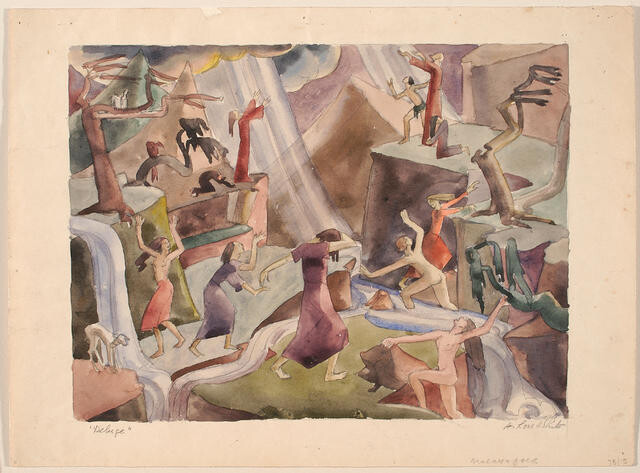