William Lee-Hankey was a leading British watercolourist who also built a strong reputation with his distinctive coloured and black-and-white etchings. In 1906, the art magazine The Studio suggested that the “decorative inclination” in his style owed much to his “first experience … as a designer of furniture, carpets, textile fabrics and wall-papers”. His “efforts at picture-making were for some years confined to surreptitious sketches, often worked at in office hours and hastily hidden away when the head of the office made an unwelcome appearance”.

Lee-Hankey developed his talent through evening studies at the Chester School of Art and a short stint in 1894 at the Royal College of Art. He held his first solo exhibition in London in 1901, took up etching in 1904 and began teaching the subject at Goldsmiths College three years later. 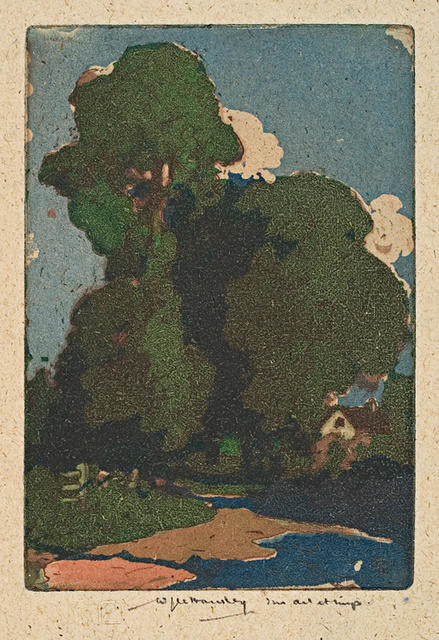