This expressively painted view of dying sunflowers in Philip Trusttum’s back garden in Berry Street, Christchurch, is typical of his work from the mid-1970s. It was painted following a trip he had taken to the United Kingdom, Europe and New York in 1972. “I did a kind of backward flip when I saw the Van Gogh paintings in Europe. The works at that time were very much a backward glance to move on towards something new.” Trusttum’s garden, and the activities of his young family, provided the inspiration for his work over the following years, which drew considerable critical acclaim. 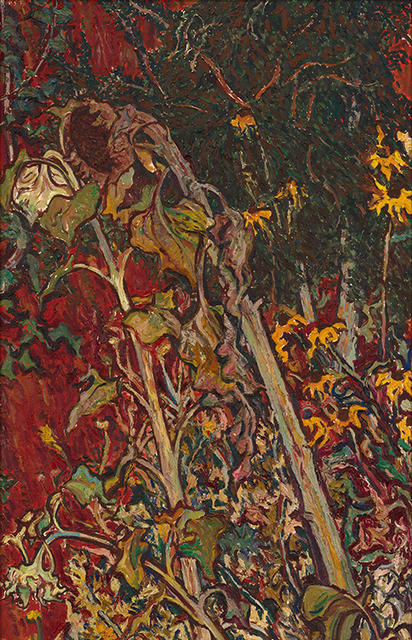