Camille Corot lived for a number of years in Rome, and in 1866 he was commissioned by the publishers Cardart and Luquet and the Society of Etchers in Paris to produce two large etchings, Souvenir d’Italie and Environs de Rome.

When he first visited Italy in 1825, it was the light that made the deepest impact on Corot. The contrast between the hard definition of full sunlight and the filtered, but glowing softness of half shadow was to revolutionise his whole palette. He made studies outdoors and worked these up into more finished works in his studio, yet he managed to retain the freshness of his outdoor studies.

Corot was born in Paris and trained as a classical artist, but his later open air naturalism became a foundation for the Barbizon School. By the 1850s Corot had established a successful career. Generous by nature, he was popular with many younger artists. He also supported Jean François Millet’s widow and gave a cottage to the blind and destitute Honoré Daumier. 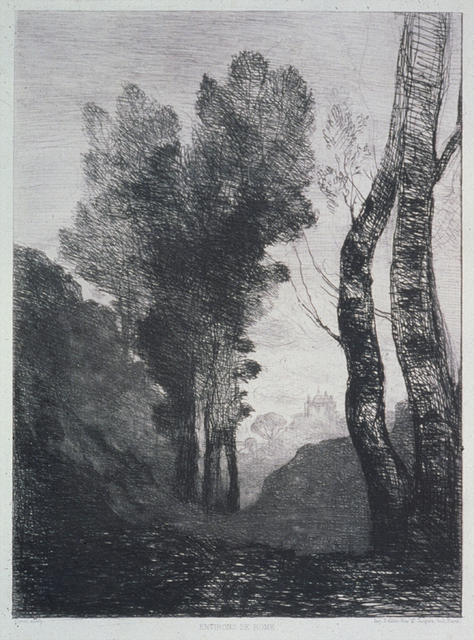